Cero Rio: Towards the Future 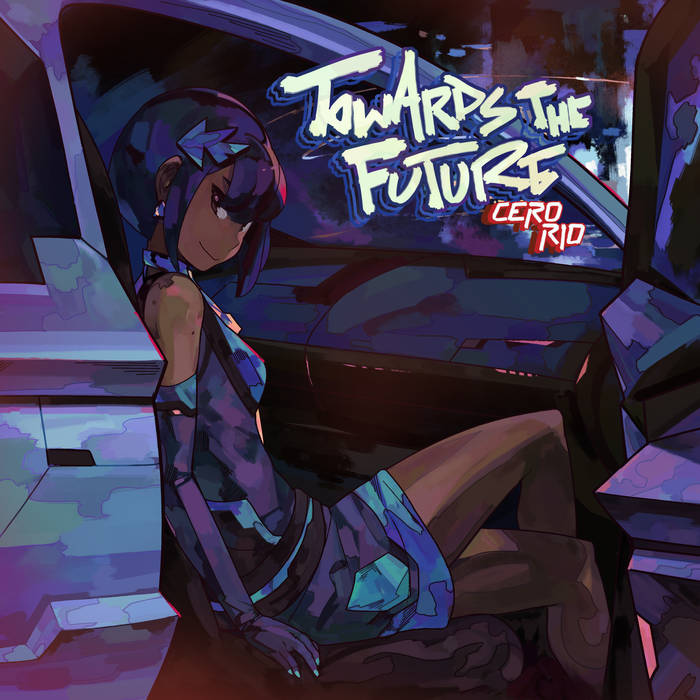 I find and listen to a good amount of new Future Funk music pretty regularly. I’ve reviewed a couple albums for this blog, but this review today is special because this album was “gifted” to me via bandcamp. Yep, that’s right. Someone shared the gift of free music with me! Big shout out to Future Funk/Vaporwave superfan Ɲᴾ Ⅲ for somehow finding me on Bandcamp and sending me this awesome album, Towards the Future. This album was created by Benjamin Robinson a.k.a Cero Rio, a producer out of Birmingham, Alabama. He’s only been uploading to Soundcloud for 2 years but he already has a strong base of 1k+ followers. He describes his music as a broader Future Funk, often taking influences from 90s RnB, jazz and house music. That sound shines through in this album.

“This album was originally a 5-track concept EP that I started back in April 2016, but came back inspired to do more after a trip to Las Vegas in July. A good friend told me a funny story that happened while we were in Vegas that weekend. Long story short, a drunk friend attempted to hook up with an Uber driver, the conversation got derailed and he was embarrassingly denied. I went back home to try and turn that into a track, but I ended up turning it into an album. Safe to say if you hear it, the album has a little bit more of a positive storyline than that one I heard in Vegas.”

That’s the one thing I love about this album; the focus on the story. From the beginning of the album with the 1st track Showtime! and the 3rd track Maybe, Cero uses voiceovers and soundscapes to create scenes. He carries the story throughout the album either with more scenes or with his careful choice of samples. It’s definitely an album you have to listen to more than once to catch the full story.

As far as Future Funk goes, this album is unique. It definitely has a more of a strong groovy feel than an energetic funk. Journey, one of Benjamin’s favorite tracks, starts with that classic high pass filter and lets more and more of an infectious bassline in that you’ll eventually be air-playing along too before dropping those kicks on the beat layered over smooth keys. Showtime! was actually the track that hit it big for him, and you can see why. This track has great driving energy and the way he uses the sample is perfect. It will definitely get you ready for the rest of the album

Cero Rio had this album released through the collective Sunrise, a group of around forty producers in the Future Funk and Vaporwave community. Towards the Future is also available through Sleepless Tapes, which provides professional cassette tapes (which I think will be as popular as vinyls soon) of Future Funk and Vaporwave albums. Since this release, Ben has released a short EP on his Soundcloud of beats for the CEOtaku gaming convention in Florida. Follow him on Soundcloud to stay up to date with this unique member of the Future Funk community.

P.S. If anyone wants to send me more awesome music, you can find my Bandcamp wishlist here <3 Tracklist