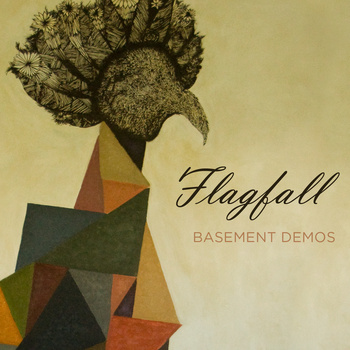 This fresh five-piece band from Sydney is composed of Nishan David, Andrew West, Andrew Court, James Kelly and Ross Courtney. Produced and written by the band, their new EP offers six hip-infused hits created in only five days. It’s recorded and mixed by James Kelly at IMS and mastered by Andrew Edgson at Studios 301.

Analog opens up with electro tunes, but then all of a sudden you’ll hear amazingly loud drum beats that will surely wake you up from the long sleep. This pitch-perfect song sets the stage for Flagfall, establishing their music as the tunes with the huge potential.

The rap content on Salute bounces between fun and philosophical, with a splash of some straightforward ideas. The band’s experimentation of mixing rap and soothing vocals will surely be a strength for them in the near future.

The album takes a slower turn on Sun Goes Down. The piano plays as the fore front of this track with subtle drum strikes on the background. This track really stands out with emotionally peeling lyrics like “Oh no, we’re getting old, Only getting older now”.

Overall, Basement Demos is composed of cleverly-crafted tracks that reflects the band’s desire for music. There is something sensational about these songs that drills your inner core. Flagfall‘s music could certainly be played on any rock-driven radio station.