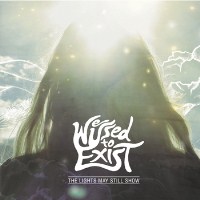 We Used To Exist: The Lights May Still Show

We Used to Exist is one of those bands you’re lucky to come across in your search for awesome indie pop music online. The Lights May Still Show is the first album for the duo and it’s sounding like a promising electro pop compilation.

Made up of Timothy Lalonde and Dean Rostron, the two had to meet from across two different continents to record the album. They’re currently based in Berlin, Germany and even though they are fairly new (just formed back in September 2011) the band is proving that they are worth watching out for.

Filled with great energy and upbeat tunes, The Lights May Still Show, is equipped with tracks that range from beautiful hipster indie to acoustic pop singles each containing great vibes. Certain songs have that 90s television soundtrack feel, for instance, And They Said I’d Never Make It, sounds like it belongs to Malcomn in the Middle or maybe The Wonder Years.

Opening single, Fish combines plenty of what the guys are really good at. From harmonic singing to a mix of sounds like whistles, pianos and swampy vocals along with positive lyrics; the song draws attention like a flower to a bee. Meanwhile, Fifteen Knives, draws on a hipster groove while also subtly hinting at 80s pop.

In the end, this album from We Used to Exist is a melting pot of sorts. It showcases their diverse influences and their capacity to effortlessly jump from one type of music to the other. One thing’s for sure though, the duo have created a compilation that is both catchy and winsome. The songs have a knack for making listeners feel good. Thanks to the positive lyrics, it’s perfect for many hopeless romantics out there. It’s worth grabbing for pop lovers everywhere. Take a listen to these guys and enjoy!