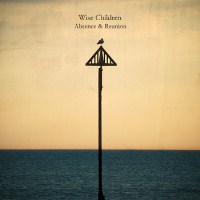 If you have a soft spot for quiet, acoustic indie folk, it’ll be hard to pass up on Wise Children’s second release, Absence & Reunion EP. It’s about a year old but definitely worth checking out especially for fans of songs that exude a folkish, indie vibe.

Absence & Reunion come equipped with five full songs and a mini instrumental opener. Officially starting with the acoustic number, Absence. The song begins with mellow acoustic guitars coupled by Robin’s expressive and soothing voice.  It’s a track that warmly embraces listeners, drawing them into the singer’s personal world. There’s also a nice transition right in the middle from a slow pace to a slightly upbeat one.

It’s followed by Artichoke, which sees the happy and glee-filled side of the singer. One admirable thing with Wise Children is the artists’ capacity to change things up. From quiet indie to energy laced numbers, he pulls it off nicely. He doesn’t just do this from one song to another but the artist expertly switches tempo mid-song. Take a listen to Keep Quiet and you’ll understand.

Let Me Get Under Your Skin, features heartfelt lyrics that exude a touch of intimacy while final track, You Are a Poem, is another instrumental that hauls in a whole range of emotion thanks to its somber piano work.

Overall, Absence & Reunion, makes for a relaxing listen. At times I do wish it was longer since it’s hard not to fall for Robin’s voice; nevertheless, it is a comfortable and easily likable album. As mentioned, those who love indie folk music will consider this artist a great find. Let’s hope he’ll come out with a full debut soon. For the meantime, make sure to check this and download it.