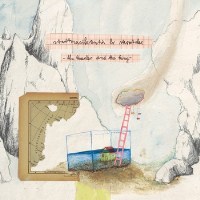 Stadtmusikantin und Sterntaler (Traveler’s Diary): The Traveler and The King

Don’t be fooled by the long and complicated looking name, The Traveler and The King is actually a pretty lovely record for many jazz alternative folk lovers out there.

This is a debut record for the band. It was released in BandCamp on December 2010 and features a whole range of sounds. You can expect some acoustic percussions, a slight touch of prog, jazz and even folk sprinkled on here.

Title track, The Traveler and The King kick things off. The song has a lounge feel while at the same time adding a hint of alternative rock. Although it’s not as catchy as I hoped, it still captures the listeners attention and opens the album nicely.

Showcasing their dynamic capacity, the band follows it off with a more mellow track, Strangers. The song has a nice world music feel to it and incorporates odd bits of sound here and there. The third cut, Lies on the Run begins as an instrumental piece filled with trippy Flamenco style guitar playing. It then elaborates into a midtempo vocals infused cut. Perhaps my favorite off the album, Fools is a jazzy single that has lovely vocals and a sweet lounge club sound.

Overall, the album is worth having. There’s good variety to be found here especially if you like to explore different sounds.

The Traveler’s Diary is made up of trio The city musician – vocals/ guitar/piano/compositions; Daniel Vargas – double bass and Fiete Wachholtz – drums, percussion. Download the album and enjoy.