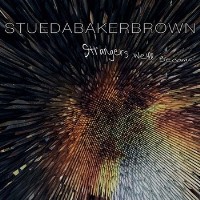 Stuedabakerbrown is an odd name for a band but what others might see as a poor name choice, the band more than makes up for with their sound.

Strangers We’ll Become is the band’s 2010 release. Containing 11 catchy tracks, the album has helped propel the band into the light. They’ve managed to tour with national acts like Say Anything and The Spill Canvas. Moreover, much of their catalogs are licensed for use on cable networks like MTV, ESPN etc.

Thanks to their refreshing and smart alternative rock sound, it’s hard to dismiss the band as just another altrock number.

One of the best praises for the album comes from Artistdirect.com editor, Rick Florino; he states that the album “hypnotizes in the best way possible. It’s like Radiohead meets The Fray but even a little catchier.”

True enough, the album is definitely an alternative gem. Made up of well-written, not to mention, catchy songs; it’s a record that comes with potential hit tracks left and right.

From the opening song, Boy and Arrow, listeners are greeted with a cut that in all honesty, sounds like something you should be paying for. It’s clean and provides a great intensity. The rest of the songs are also on par with this one. A few other tracks on my personal favorites list include Semi-Automatic, One in Three and Crash of Waves.

I kept thinking they sound like Daughtry minus the gruff and easily more likable. They satisfy listeners with enough pop appeal while making sure they never get mushy or too commercial.

Even though they might not be household names just yet, they definitely have what it takes. Stuedabakerbrown is a great reminder of a band that still flourishes in their field. They innovate and add new elements to the regular alternative rock sound; generating a brand new way of seeing/hearing the genre. Definitely an album worth the listen and the download.