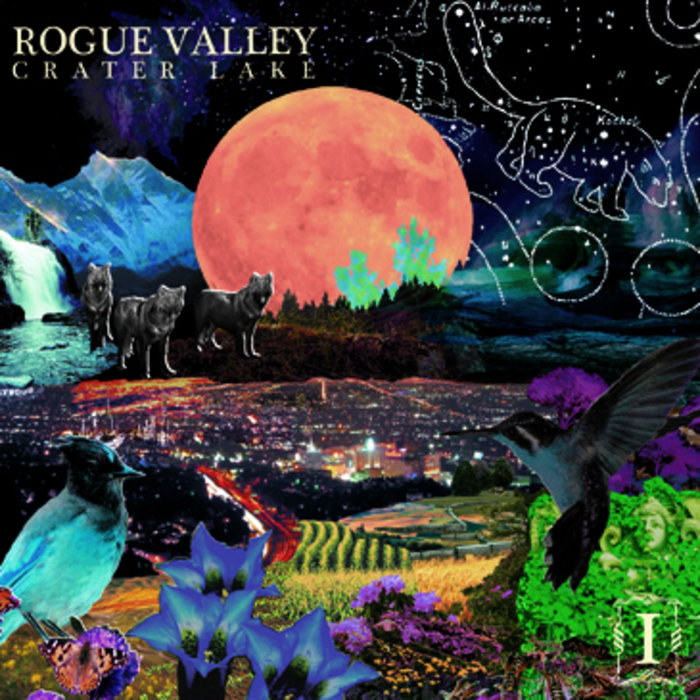 Rouge Valley, an indie rock band from Minneapolis, MN, definitely does not disappoint when it comes to releasing beautiful melodies dressed in rich drums, loud guitars, and vocals that will get you hooked to the speakers for hours at the time. Composed of Chis Koza, Peter Sieve, Luke Anderson, Linnea Mohn, and Joey Kantor, the band released four amazing albums back in 2010, and it seems as if the sounds are here to stay.

Crater Lake is the first work in a series and gives us a perfect introduction into the narrative story that unfolds throughout. Feel like giving it a try? Well than, hit that download button as Rogue Valley and FrostClick have teamed up to bring you this little treat, all for free!

As stated, the band has been born out of “grandiose ambition”; four albums, 46 songs in one year is not an easy feat indeed, especially as all of them emanate with wonderful lyrics and professional production. So if you have the sudden urge to check out the remaining creations be sure to head to the band’s official website. And while you listening to all of the 46 songs remember to pay special attention to the changes in your sonic experience as each of the collections has been heavily influenced by the season of its creation acting “as chapters, standing strongly on their own, yet creating an undeniably rich experience when taken as a whole.”

The album comes filled with 12 wonderfully crafted tracks; each with its own story to tell, each with its own sound of wonderment and optimism that overtook the band after touring the vast stretches of the West Coast.
Coming as a second track on the album, Red River of the North is one of my personal favorites. With the melody nicely shaped by the piercing drums as if preparing you for something big, and the lovely vocals stepping in all the right places, this one dynamic song will certainly get your full attention. Crater Lake, on the other hand, takes it down just a notch and instead of the more powerful drums fills your headphones with some lush guitars and lyrics that will remind you of that spring-time optimism you been searching for the last few months.

Crater Lake is certainly one of those albums you will be coming back to time and again, so why not sharing some of that love with your friends… tweet, like, comment.

So how does the band describe their music:
“Imagine Ralph Waldo Emerson and Jeff Tweedy sharing a dugout canoe across a calm river; Jack Kerouac and My Morning Jacket sitting around a campfire; John Steinbeck and Fleet Foxes hitch-hiking along county roads and highways from coast to coast. Rogue Valley makes music that fills a dynamic spectrum, from surging electric guitar rock to woodsy finger-picking ballads. The unifying trait throughout is the band’s soaring, lush vocal harmonies that lift the cinematic arrangements to emotional heights.”

Screenshots of Rogue Valley being Featured on FrostWire