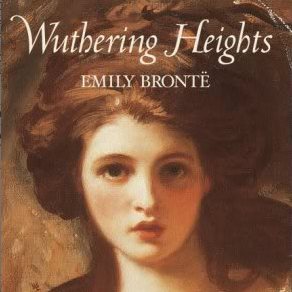 Written between December 1845 and July 1846, Wuthering Heights was Emily BrontĂ«‘s sole novel. Originally published under the pseudonym Ellis Bell, which made many to think the author of the work is a man, the novel garnered mixed reaction due to its revolutionary depiction of mental and physical cruelty.

Today, the book is considered a classic and a important part of English literature with a number of adaptations in television, movies, radio, musicals and a song by Kate Bush.

The story, set in the Yorkshire moors revolves around Catherine and Heatcliff and how love, pride and other feelings destroyed both of them in the process.

Considering the book was written in the 18th century, this may well be considered as a piece ahead of its time. Wuthering Heights breaks the stereotypical notions of romance. The characters were anti-heroes; instead of compassionate and heroic, they were self-absorbed and naive. Blocked by their own pride, instead of showing their love for each other, they resort to rage, fight, and even marry another.

Wuthering Heights is an interesting book that uses madness as a shorthand character. It delves on a different side of love besides the sappy passionate. Finally, it showed us that a happy ending can also be executed through quiet acceptance.