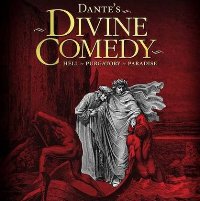 Hell might be an interesting place after all. It is filled with action and brewing with intensity, at the very least.

In Inferno, the third part of Dante Alighieri’s The Divine Comedy, the author thoughtfully creates a vivid picture of what hell looks like. In this book and in the Italian writer’s mind, it is a place where his enemies deserve their rightful place and where people serve their punishments for what they did on earth.

The three day journey of Dante in the story begins on a Good Friday set in the 13th century. He wants to reach heaven to meet his great love, Beatrice; however, he gets lost in the thick woods. Virgil, a Roman poet, then appears in the scene to accompany Dante, but the way to heaven primarily calls for a journey to the middle of the earth – a trip around hell, that is.

With its publication in the early 14th century, Dante’s influence into writing his work largely stems from the then current political events in Florence, Italy. Prominent figures are subjected to the hell experience courtesy of Dante’s imagination.

More than the rather controversial weight of the book, Dante exudes the brilliance of his mind and the clarity of his language in presenting to his readers a surprisingly organized hell – one that has nine circles corresponding to the different types of sin. A few circles even include pouches and rings for a more detailed category of the sin.

Reading the novel the feels like you are taking a tour. Readers are given the impression that hell is not at all chaos. Aside from the differentiation of sins, there is also the system in which sins committed by the people on earth have their corresponding punishments to serve in hell.

Nearing the end of the journey, Virgil and Dante see Lucifer enveloped in ice at the center of the earth. This may not be the general public’s idea of hell; Dante shows he can make his own.