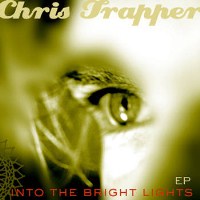 Chris Trapper: Into The Bright Lights

Humble and sincere are two words you’ll find attached to most of Chris Trapper’s songs. Having a sweet and endearing vocal chops also helps add to the sincerity of the songs he’s singing.

Trapper was a former vocalist for 90s alternative rock band, The Push Stars. The band released a number of albums and went on various national tours. Eventually, the singer went solo and is best known for his contribution to the soundtrack of the movie, August Rush.

Into The Bright Lights is a 7-track EP offered by the artist at a pay-what-you-want option over at BandCamp.

Released back in July 2010, this EP was meant “for those fans who may be under the economic tide,” according to the singer. It comes with several tracks that sees the artist making a slight departure from his resident sound. His mix of acoustic electro pop rock along with a touch of alternative is perfect for easy listening.

Starting with Family Tree, the song conjures up images of the beach and some quiet getaway. Meanwhile, title track, Into The Bright Lights is a dreamy ensemble that showcases Trapper’s capacity to create beautiful lyrically-driven tracks. It’s slow and slightly sentimental. On the other hand, Already Gone, is one of the more uptempo cuts on the record. This one infuses a 90s pop rock vibe to it.

The album is quite enjoyable and something that should be listened to. To date, Chris Trapper has released quite a few albums under his belt. After you’ve finished soaking this one up and want some more, you can also check out his latest releases.