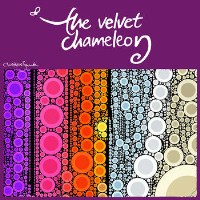 Promising to create several EP releases for 2011 and 2012, The Velvet Chameleon is holding its side of the bargain and delivers amazing EPs one after another.

Clusterfunk was released late 2011 and features 5 tracks that echo influences from Radiohead and various other bands.

Spearheaded by Adarsh Fernando, the band can easily impresses with their upbeat alternative pop. The EP is available as a free download and licensed under Creative Commons.

Title track, Clusterfunk, greets listeners with its jangly guitars and catchy dance beat. Coupled with the Adarsh’s vocals, the songs comes to life in a flurry of funky bass and guitars. Meanwhile, a cut like, Madeline, showcases a louder side of the band. The songs are accompanied by dirty guitars and a hazy film of charisma covering it. Paella, however, is a bit lighter. It feels like a song you can easily get up and start the morning with. When you listen closely, you’ll even recognize the Thom Yorke influence especially on the vocals.

Overall, the record is a stream of catchy and beautiful melodies. The band specializes in allowing the instruments to mix and melt together, creating a sound that’s easily enjoyable. Moreover, given the right amount of exposure, much of the tracks they create have that “hit” factor.

As mentioned, Clusterfunk is part of a series of EP releases from the artist. The other compilations, namely, Dandruff (2012) and It Started With Nothing (2011) are also available as free download. Fans can still expect one more EP for this cluster and judging from the sound of the existing ones, it should be worth the wait.