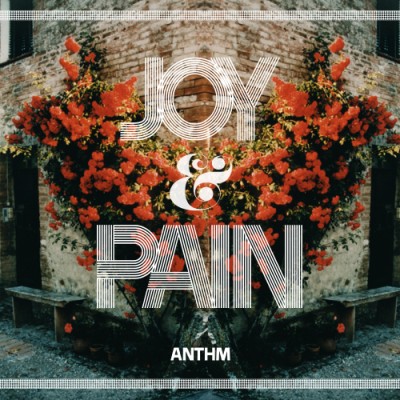 German-born rapper and singer, ANTHM is out with his latest effort, Joy & Pain.  Right from his humble beginnings to where he is right now, he’s always had his music front and center.

This is a debut compilation for the artist. He made his first appearance by collaborating with Blu in Polaris (the track is featured here as well.) Although it had its shortcomings, there was something special about ANTHM.

Joy & Pain combines rap and a bit of R&B.  Formerly a Wall Street worker, his work ethic is quite present in the tracks while laced with his own style. Carrying 7 fresh tracks, listeners can easily dissect ANTHMs style and range just by listening to these.

Kicking things off with a short introduction is Fortuna, ANTHM combines a nice flow with some great mic skills. He follows it with God of Joy which is an upbeat dance pop affair. It’s a great piece of track that will definitely get you groovin’ from beginning to end. Siren’s Song is another upbeat number that features great rhythm and an awesome hip hop beat.

The second half of the short compilation features quieter tracks that emphasize on the artists’ more R&B/soul side. You get Polaris, done in collaboration with Blu, Be Still and of course, title track, Joy & Pain.

Overall, ANTHM’s compilation definitely has its shining moments. Laced with fun and catchy grooves as well as intelligent lyrics, the album is worth noting. Eventually, it’s something you’ll grow into. Check it out.