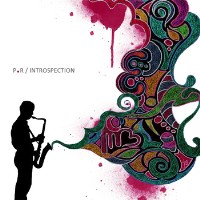 Slowly but surely, Aussie producer/musician, Pedram Rouzbehani or better known as P.R,  is paving his own little road in the music industry.

Drawing inspiration from life and his cultural upbringing, he creates music that resonates with great hip hop and lounge beats.

Introspection is his latest effort. Drumming together six relaxing and soothing instrumental tracks; the album is currently offered absolutely free over his BandCamp page and licensed under Creative Commons.

Introspection is the kind of album you put on if you’re setting up a romantic night with your loved one or simply want something to get rid of your stressed out nerves. Combining catchy hip hop beats with a lounge, jazz feel, the artist easily creates a soulful atmosphere with his sound.

Starting the record is Moon Mother, a slow and quiet track with dreamy guitars and a mid-tempo beat that’s a perfect soundtrack for some laid-back early evening company. Faraway, closely follows the track, and mimics the same rhythm as the first single. It’s almost an expanded version of the first cut with snippets of vocals added in the mix.

Meanwhile, Coming Home featuring Carla Waye is one of two tracks that features vocals. The song is slow and exudes an R&B feel. Finally, There For You and Sunchild, finish off the album. The former is a beautiful instrumental that shows off P.R’s skills when it comes to playing various instruments while the latter is a track featuring great rhymes from rappers Substantial & Funky DL.

Overall, Introspection is a record you’ll appreciate if you need some down time music without lulling yourself to sleep. Cool beats and nice tempo flourishes on this one. Check out the album and grab the free download if you like what you hear.