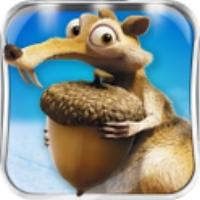 Ice Age Village is the official game tie-in for Ice Age. Created by top developer Gameloft, it is an adventure game for everyone. While primarily designed to promote Ice Age, it’s actually pretty cool.

The game takes place at the onset of the Ice Age (keeping in line with the films). This leads to the breakup of the continent of Pangaea. This situation means you have to find new homes for the characters (the same as those in the films).

The gameplay is similar to other games where you have to create buildings. However, Ice Age Village has some features that make it interesting. Players can raise and breed all sorts of animals, prehistoric birds, mammoths, sabre toothed tigers and more.

The ability to breed animals in Ice Age Village gives the building structure game a new dimension. The progression is rapid so you don’t have to spend a lot of time waiting for something to happen. The families earn money quickly so it makes the game more fun. In short, Ice Age Village rewards players who breed animals well, giving you impetus to keep playing. And there is a lot to see and enjoy here.

There are other ways to make money in the game like rubbing on eggs. There are also mini-games and quests. Some of these quests are challenging and are hard to finish. If you have a Facebook account, you can play with your friends. There’s an additional treat: players can build a movie house and watch a film set in the Ice Age universe. All in all, the game offers plenty to keep you entertained.