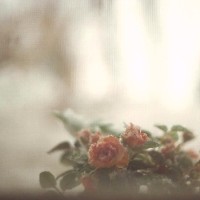 Released in September of 2011, Sleeplessness instantly brings to mind thoughts of calm and cheerful spring afternoons.

Recorded by Canadian dream-folk singer, Sea Oleena; the album is what you’d hear in the background if you decided to go and soak up the sunshine on a day where everything seems destined to go right.

This is the second compilation from the singer and like her debut self-titled record, this is also available at a pay-what-you-want option over at her BandCamp.

Sea Oleena’s music doesn’t need any explanation if you have a soft spot for dreamy indie folk pop on your playlist. A record that’s fairly easy to soak up, its filled with 7 tracks that would make a great soundtrack for enchanted forest walks and spring mornings spent daydreaming.

Sleeplessness starts with Southbound, a quiet and charming cut filled with pianos and echoing vocals. Sung like a soothing whisper, it’s a gorgeous track that mesmerizes its listeners. Meanwhile, lush with guitars and hazy vocals, a single like Insomnia Plague, seems made for gloomy rainy mornings while staring out the window. One of the more atmospheric cuts on the album.

Sister, is another dark cut that feels like someone is singing from underwater. A haunting track that exudes a somber intensity. On the other hand, Orion’s Eyes, closes the short record in a folk pop manner. The singer’s voice makes you think of fairies singing you a lullaby.

Sleeplessness is a record you shouldn’t miss. It won’t be surprising to hear any one of these songs playing as a soundtrack to some endearing indie film or show. Beautiful and filled with promise; do yourself a favor and grab the download.