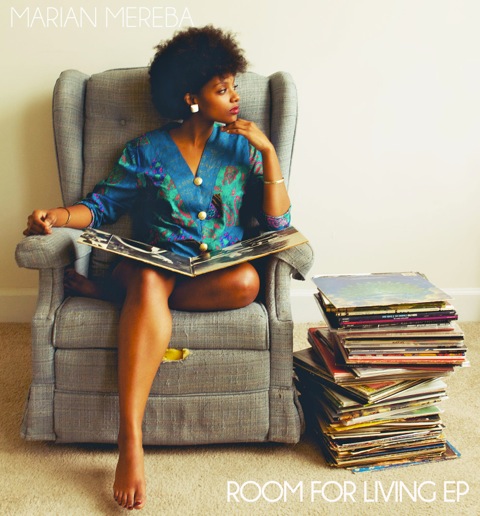 Simple and stripped down, Room For Living EP is a refreshing record. Thanks to its honesty and rawness, Marian Mereba manages to communicate what’s most important when it comes to her sound: her voice and music.

Newcomer Marian Mereba is an Atlanta-based singer that has taken the underground Atlanta scene by storm. Ask around several of the local artists and they’ve probably worked with her or know about her.

Marian is an independent artist who relies on word of mouth to spread the word about her sound. Room For Living EP is her debut EP and comes with 10 tracks all released in February 2013.

With several tracks in tow, this is an unusually long EP and more like a full debut record. Room for Living EP opens with Rolling Stoner; a smooth, mesmerizing cut that’s coupled with spoken words. It features a beautiful jazz, trippy feel that allures and intrigues the senses.

It’s followed by the equally somber, Go To London. A beautiful and slow indie folk piece that’s accompanied by a catchy chorus. In fact, I won’t be surprised if you’d be humming this after you hear it several times. Meanwhile, Marian offers an acoustic, guitar infused number in the final track, Blue for Mr. Green.

Music like this deserves an entire relaxing afternoon to go with it. The entire record is laden with soft tracks that evoke emotion and soul. Marian’s voice adds a depth that stirs the insides and makes you want to listen for a long while.

You can download this record for free. It’s a real gem so make sure to grab it.