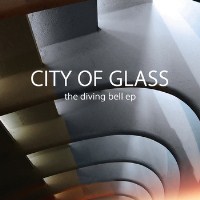 City of Glass easily captures that thin line between super pop and indie rock. Their sound is enveloped with almost everything that makes you want to dance around, head bob, stomp your feet and love indie pop rock even more.

This Canadian duo have had a successful debut with their EP Equations, leading them to tour the Canadian circuit quite extensively. To gear up for their full length debut, they’ve released this teaser EP of sorts, The Diving Bell. Filled with 4 indie dance rock cuts, it’s an EP worth listening to and checking out.

The Diving Bell EP is filled with promising tracks that showcases the bands capacity to turn a set of ringing guitars and keyboards into a delightful indie dance track. Starting with Sticks and Stones, the boys exude a confidence in their sound fit for veterans in the industry. The cut is upbeat with softened guitars and sincere vocals. It might take awhile before you get used to the deep voice that’s singing but once you do, you’ll realize that it fits nicely along with the rest of the poppy beat.

After an initial dance fest, City of Glass treats listeners to their quiet side with Tourist. The song is slightly slower and has a moody, almost reflective feel complete with synths and gentle guitars. It’s both evocative and melancholic; like having a dark cloud hovering over your head wherever you go. The rest of the tracks include, Little Shadows, which brings back the bands fun and upbeat side; while the last single, Control, features complex synths and odd signatures.

Serving as a prelude to their full debut this 2012, two of the cuts on here (Sticks and Stones as well as Tourist) will be included in the upcoming album. If this is anything to go by, you can be certain to expect a solid record from this Canadian twosome. The band has a strong grasp of their target sound and have a knack for creating polished tracks that deserves a listen.