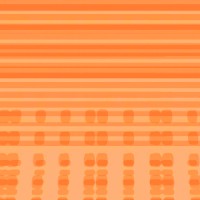 Can’t Stop The Daggers: ep one

Capitalizing on their catchy and soothing sound, the group instantly captures their listeners attention. Can’t Stop the Daggers is composed of guitarist Chris Chattom, Jon Partelow on vocals, Emily Schalick on bass and Lionel Luchessi on drums and percussion. Ep one is definitely a breakthrough EP that contains great tracks suited for a quiet “me” time.

If you can compare the sound of this band to an image, I would say that their album cover says it all. For some people their album cover might seem nothing but a square with various lines, but look closely and you’ll see those lines vary. Some are thin, others are thicker. The shades are different as well as the shapes. Can’t stop the dagger’s debut, Ep one, is a lot like this. Initially, listeners might think, “just another alternative trying hard, Radiohead sounding band.” However, listen closely and you’ll hear the beautiful shades in between.

Opening with “High,” you would think they were going to break into a heavy alternative routine. This song makes me feel like a roller coaster of emotions. There is sadness, warmth, apathy and even self-satisfaction. It’s the perfect sing-along song on some big arena concert. On the other hand, “Changing My Mind” is a quiet track that comes with a lot of soul. It’s easy listening at its best.

Influences for the band is varied, anywhere from rock greats Black Sabbath and U2, to the more hipster indie rock sound of The Killers, just to name a select few. They definitely incorporated their selection of favorite bands into fleshing out and finding their own sound.

As of this writing, I’m not sure if the group has disbanded. When you click on their online website, only a cryptic message appears stating “apparently, you CAN stop the daggers….” Whatever the truth may be, the good thing is you can enjoy this great EP from the band.

This work is licensed under a Creative Commons Attribution-NonCommercial-ShareAlike 3.0 Unported License