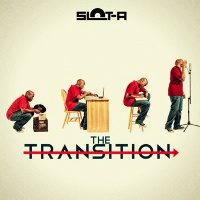 Working hard to make a name for himself, Slot-A has pinpointed himself as one of the go-to-producers in Chicago. Following the steps of renowned personas in the industry like Dr. Dre and Just Blaze, Slot-A did not limit his talent into making labels, he also ventured into the world of DJ-ing and eventually creating music for himself.

He found his niche in blending funk, disco, house, and hip-hop to create high-energy sets. Putting a producer’s ears to blending records, he created his own remixes, mash-ups and beats.

The Transition is relaxing, refined, and rewarding. Good Morning introduces us to a promising artist where little is known about him. With a classic time scale and well written verses, Slot-A was able to deliver the message he intended to—that he makes good music. Raise A Cup demonstrates the artist’s dexterity in spitting out fast rhymes a la Twista style. Choose Wisely is text book rap that dictates preacher-like lines with a mixed humbling and bragging tone.

Class Reunion proves to us that Slot-A can be an incapacitating guillotine that throws in clever metaphors to further his point. And Rocking Wit It (Remix) closes it off by winding back to Slot-A’s roots, recalling how great his ability was in mastering and re-mastering music before he went on in creating one.

The Transition is lyrically strong with heavy doses of hip-hop influences. It is not perfect and has its shares of nitpicks and flaws but there’s absolutely no reason to not give this a play or to support the release.