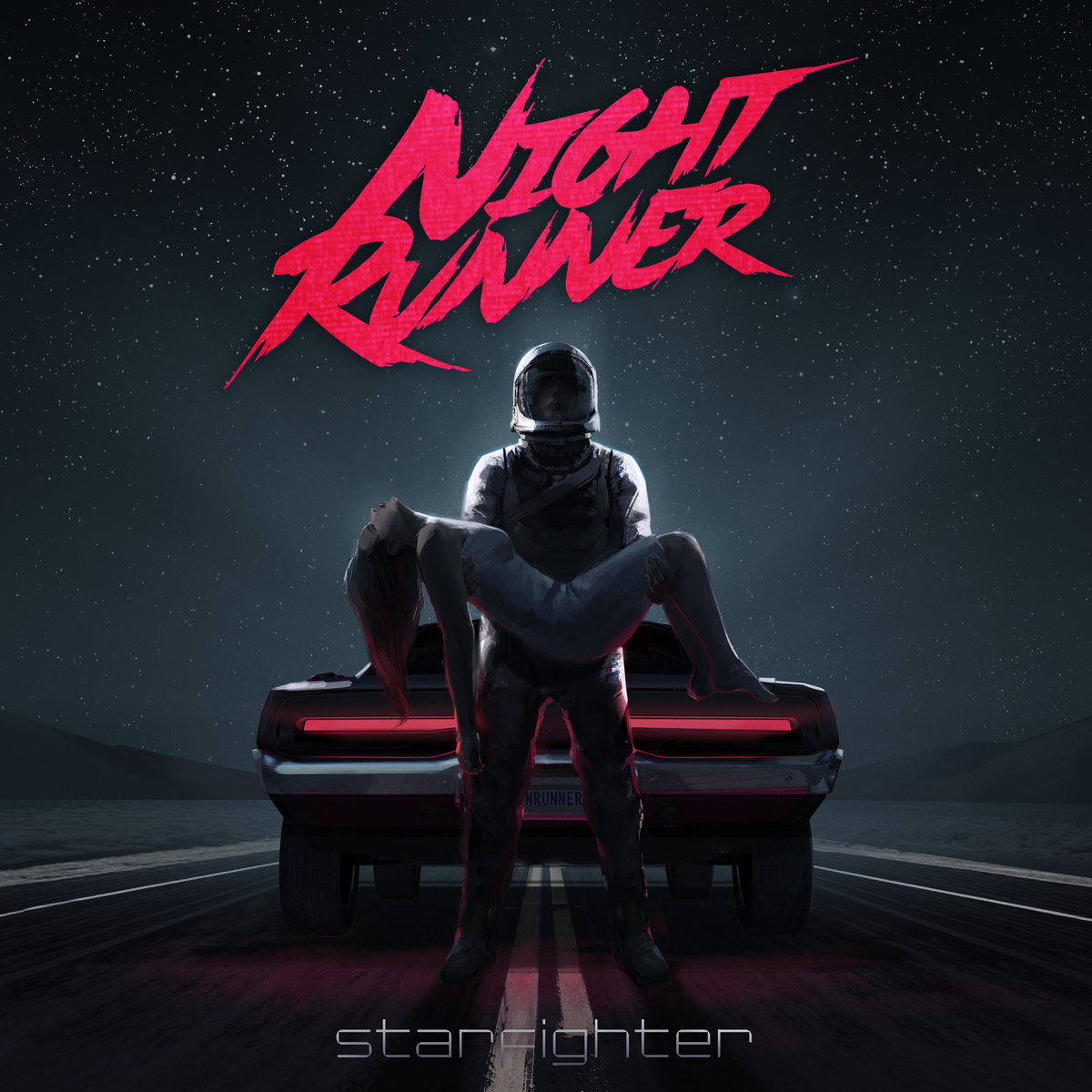 So imagine you are driving your car all alone at night, right after something amazing had just happen. You drive with no one else around you while all the lights pass you by. That is how Night Runner’s Starfighter feels to me. It’s the music you get lost in on your own. Fully immersed. It is a sound of past 80s electronic/electro brought back by todays synths and longing for adventure.

Except for the sentence “Just two guys trying to make rad music” and Morelia, Mexico as a place which the ‘two guys’ are calling their home, there is not much more there about the duo. But it does not really matter, as the best musicians should be first and foremost introduced by the sounds they create.
So here it goes.
Starfighter is not the first of their albums, but it is one of their first albums released online dating to November of 2014. Just this past November, Night Runner released another set of mind bending tracks – this time it’s called “Stealing Sunrise 2: Malibu Trail” an original motion picture soundtrack of the feature film under the same name set in 1995.

So go ahead get a little taste by listening to some of my favorite tracks on the album, Invaders, Murder in Miami, Nuclear Countdown are definitely a great introduction – and if you are in need of more check out the duo’s Bandcamp page. More goodness awaits.