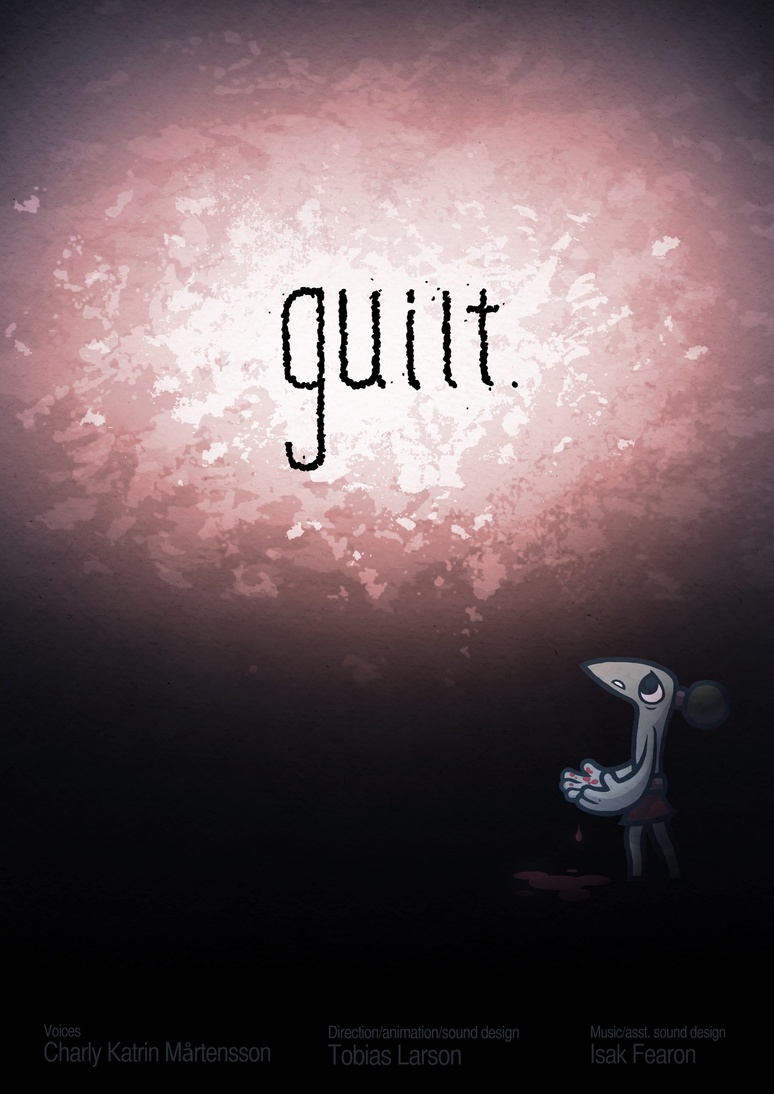 Dark and hauntingly beautiful, Guilt is a poetic thriller about good and evil. It’s a 2012 short�animation�project by director/animator Tobias Larson.

The film follows the story of a burdened creature with a dark past. She meets a gentle and�mysterious�cat that leads her to an experience that will transform and open her eyes.

Painting a stark contrast between two things, the creators attempt to discuss a dark narrative with colorful animation reminiscent of children story books. But the film plays this contrast as its�strength as the attractive visuals and charming creatures lighten the heavy narrative tackled in the film. This was a tricky decision because too much of blood or cuteness may lead to different conclusions rather on what the film wants to convey.

The lack of words/dialogues also helped in�intensifying�the impact of each imagery. It shows rather than tell the whole story�a basic mantra that every filmmaker should put into use.

As a whole, Guilt is a striking short that doesn’t only tackle a very complex premise, but also pushes our minds to dive deep and reflect the meaning of good and evil.