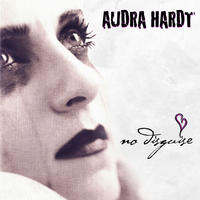 Audra Hardt is no stranger to the Frostclick blog. She’s made her first appearance in our pages with her smashing record, Superficial Superstar way back in 2008!

However, before she released that, she came out with another rockin’ compilation titled, No Disguise. We never got to cover this on the blog before, so might as well make up for lost time. Even though it’s a bit of an oldie, it is still a goodie.

With her signature Morissette-like vocals, you can be sure Audra Hardt is a name worth checking out. The singer hails from the entertainment capital of the world, LA, and showcases her passion to pursue and achieve what some people are too timid to go after: a musical career.

After going through some trying times, the artist managed to pull herself together and really make a drive to kickstart her music career. No Disguise and the songs in it became a form of statement for the singer as she communicated her emotions through the raw lyrics as well as her powerful vocals.

The album opens with the biting track, Off U Go. It’s a song that features an alternative pop rock flair that’s enhanced by Audra’s strong vocal chops. There are instances when the singer actually sounds like a mix between Alanis Morissette and Shakira. Her voice easily expresses the emotion she wants to communicate without much effort.

In The Shirt, the singer reminisces about missing a person she used to love. It’s a narrative track that hooks listeners thanks to its catchy tune and melody. Again, Audra impresses with her raspy vocals.

No Disguise, overall, is an amazingly tight record that will please fans of female-led alternative rock music. The production quality is great and there’s enough variety between slow as well as fast songs to enjoy. Make sure to check out this artist and grab the download.