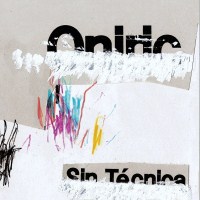 Spanish singer and songwriter, Maria Rodes, has released her latest album, Sin Tecnica. Now, I know that you might not want to listen to an album where English isn’t the main language, but trust me, this is a worthy album.

Maria Rodes creates folkpop indie acoustic tracks with a slightly alternative edge. Her voice is beautiful and her compositions and melodies are very pretty. Her tracks masquerade in simplicity yet are very rich and diverse. Sin Tecnica is one album that certainly deserves to be overplayed on your iPod. It features a combination of Spanish and English tracks that’s infused with an indie alternative vibe. Although majority of her tracks are more melodic folk pop, the artists showcases that she can turn it up a bit if she wants to.

From opener, Tecnica, and its unusual samples and rhythm changes; to the short and weird, dreamlike, Willy Wonka-esque sequence in, Paris, this is one solid album that’s hard to miss. Even if your only language is English, you’ll definitely appreciate most of the Spanish tracks as well. If you don’t get hooked with Maria’s enchantingly sweet vocals, you’ll fall for the melody and rhythm.

Her songs are doused with a beautiful unpredictability that grows on you. It’s a combination of weird folk pop music that reminds you of anywhere between Tori Amos to Joanna Newsom and My Morning Jacket.

According to the artist, she likes “recording at home with what I have to hand in my songs appear taps, toothbrushes, cigarette lighters, pencil drawing …. I finally make a mess and everything ends up sounding fffffff …” (Facebook)

This is truly an awesome album that’s not worth missing out on if you like eclectic and intriguing indie folk pop.