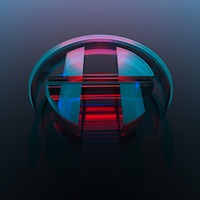 Don’t get tongue-twisted with its name. Haywyre, consists of Martin Vogt, has been performing since 2009, and he gets better. Free & Unreleased is a three-track album has its own “criteria” according to Haywyre: 1) Original file got corrupted and he couldn’t finish the track; 2) He didn’t like the idea enough to finish it and make it into a full track; and 3) Some aspect(s) of the track are below his standards.

But for this listener, the tracks: 1) Nocturne, 2) Fluctuate, and 3) Suspended, are more of rough gems that have its own beauty. It is electronic, glitchy, with the sounds of dubstep that give off rugged charm.

Imagine this entire album like a story of all sorts: has a dreamy beginning, an unpredictable climax, and a lingering denouement.

Nocturne will take you to the depths of a quiet sea-vibe. The smooth jazz, incorporated with classic, is definitely a Haywyre‘s signature. It is a perfect intro for this album, for its beats give off a silent romance in the middle of a quiet night. Yes, quietness. Just like every beginning of a dream, it has a strangeness that will definitely gets your attention and it captivates you until the last note.

We are in the rising action. Fluctuate is a track that will suddenly wakes you up from the dreamy trance that captivates you in the previous track. It will rudely jolt your nerves, and pump up your veins. The track indeed, ‘fluctuates’ in between the dance-y and smooth jazz, that will not fail you to make you sway away to follow where the melodies will take you.

Do you feel like chilling out in a club? That is how you will feel as you drown yourself to Suspended. The grittiness blends with slickness of the melodies, beautifully. The track also features a heavier dubstep in the middle that reminisce a hip-hop performance and then will move smoothly back to jazz. It’s like an ending dance that will enamor, sizzles and then bounces back to its electronic niche right into its end.

If you are with me, in this three-story-of-a-kind music, you better download and check out Haywyre.