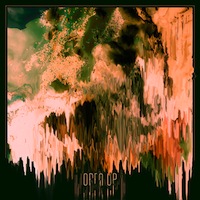 Be ready for an exhibition of pop and rock rolled into one with Open Up (Slowly) by BASHE. This album has six tracks that are suitable for listeners, who are looking for a different and dynamic music experience. It was recently released last April 10, 2014. But here is something you should now about this album, this is a slowed-down edit of BASHE’s debut album Open Up, which features each song at ¾ their regular speed.

Colfax is a track that will take you in your dream that you can’t just wake up until the song ends. This song will not put you to sleep, but it will make your mind float in a mystical place. The beat of the drums and cymbals are synched with dreamy vocals. This track remains faithful to its genre, despite being slowed-edit, it still exudes pop rock roots.

Splitter kicks off in a powerful prowess of electric guitar and drums. The song is an interesting track and the vocals in the song blend well with the instruments. Despite the minimal part of the vocal, it played a pivotal role in the song to keep it interesting. The piece maintains to peak interest through the tempo’s unpredictability.

There is no wonder that Open Up became the title of this album. It possesses a highly addictive tune that once you press play, you just can’t stop. It has a mind-boggling execution of electro, pop and rock. The vocals in the song maintains to keep its signature style. Compare to the other tracks in this album, Open Up has its unique appeal that will surely attract a solid core following. It is the most heart-pumping track in this album, despite it’s slowed-down edit.