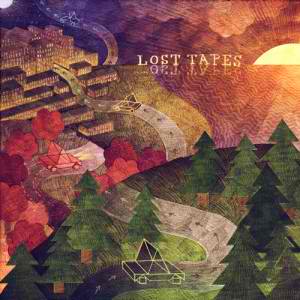 Dream pop never sounded so good than from this Spanish duo. The Lost Tapes is a short yet fun compilation you can play while on the road and when chilling on that quiet evening.

This self-titled debut comes with only four tracks but it’s enough to make you want to listen to it on repeat. It is a gathering of sweet and absolutely charming set of cuts that should be worth the listen.

Lost Tapes is made up of friends Pau Roca and RJ Sinclair. Their collaboration is born out of their love for music and cinema. Even though they are hundreds of miles apart, the two started sharing simple notes as well as computer recordings. Eventually, they started sharing compositions and created a compilation worthy of any indie pop lover’s admiration.

Trying to reminisce about those good old summer days where frolicking in the field of gorgeous, blooming flowers seem a staple? You might want to play the Lost Tapes as a background to your summer reminiscing.

These guys know indie pop like the back of their hands. This self-titled compilation is really short but the four tracks it contains echoes a fun, carefree even uplifting summer escapade movie scene.

Opening track War in the Netherlands, is a pop song that has a delightful retro feel. Coupled with sweet, delicate vocal work from the boys and great surfer beats; the song is perhaps one of the most cinematic offered in the mini record. It’s perfectly cut for that summer, coming-of-age-film.

Meanwhile, By You, is a bit hazy and feels like you’re prancing around in a dream sequence when you listen to it. Come With Me continues the mood by providing an eclectic atmosphere of twinkling sounds and whispery vocals. Final track, Raincoat, recaptures the fun vibe of the first song. It’s still dramatic in a dreamy kind of way but also very enthralling. It’s a good cap to the subtle indie pop record.

Those who love indie films will find a treasure trove of possible tracks in this EP. It has a beautiful charisma that’s hard to ignore and definitely entices you to cuddle up in the corner and dream away.