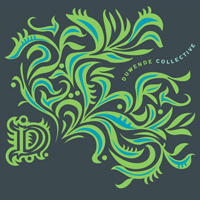 Duwende – taking a cappella to the next level

I grew up with a cappella music. I was in choirs from a very young age, and when it comes to innovative vocals, I thought I’d pretty much heard it all.

But Duwende still manage to be different, even within the recent trend of vocal groups trying to be more outlandish and original than each other. And the difference has nothing to do with cheesy gimmicks or contrived tricks – Duwende simply make solid music that doesn’t come off as choir-like.

So that’s my way of telling you that you should give this group a chance. “Sure, that’s easy for you to say – you’re a choir geek!” I hear you scoff. But my point is that this is not choir geek music, not by a long shot. In fact, I’ve played this album for a couple of friends, and neither of them even realised the music was a cappella until I pointed it out, and one of them didn’t even believe it after I told him. Duwende are that good, they’re that tight, and the result is that you as a listener can begin to ignore the fact that this is a group of singers, and simply focus on the songs instead.

The songs cover a fantastic range of emotional responses, from biting satire to sharp irony to clever wit. But the tracks are not too clever for their own good, as is the case in many vocal ensembles. These are original tunes that say something without having to shout, “look at us! We’re so original!” The songwriting is good enough that no attention-seeking behaviour is needed, and frankly that’s a welcome change from most a cappella groups.

Although I could go on and on about the great vocal qualities of the solo performances, what really sets Duwende apart is the incredibly tight rhythm section, comprised of Ari Picker on vocal bass, and Edward Chung on vocal percussion (what most people call beatboxing). Chung manages to sound exactly like a drum kit without overdoing it or showing off unnecessarily, and some of the notes that Picker thumps and slides between are jaw-dropping. The first time I listened to this album, I barely listened to any of the lyrics, because I was so fixated on how great the “bass” and “drums” sounded together.

Oh, and speaking of lyrics, here’s a nice touch to this release – a simple pdf file with the words to the songs included. I hadn’t realised how much I miss having the lyrics to songs printed in the liner notes, back when I used to buy CDs, so this pdf file is pretty sweet. There’s something to be said for being able to read the words without having to concentrate on deciphering them, and that’s a feature that gained this release major bonus points in my eyes. But don’t take my word for it – give this album a download and a listen. I almost can’t believe they’re giving it away for free!