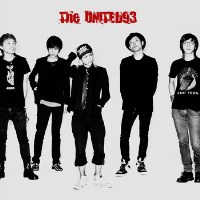 The United93 is a rock band from the Korea. In a country where rock music is a minority and pretty much pop music reigns supreme, it’s amazing and a real treat to find groups that rock out as much as these guys.

Although it’s a bit tough to find info about them, it does seem that they’re quite popular in the Korean rock scene. They were named as Band of the Month in a prestigious music magazine in Korea.

This self-titled EP was released back in 2010 and available as a free download under a Creative Commons license. The compilation is an uncharacteristic marriage of prog, punk and industrial elements.

From the getgo, the band holds you hostage in their first track, Mechanical Love. Combining a rap rock feel, much like Linkin Park; the song is hodge podge of instruments, samples and vocals all vying for your attention. It’s fast, upbeat and ideal for blasting in a tight and cramped club.

Meanwhile, Plastic Heart, has a nice poppy touch, although it’s still quite heavy. The mix of guitars and loud drumming sometimes dwarf the vocals but it still manages to be a good listen. To top things off, they finish the album with some kick-ass and rockin’ version of the classic, Over The Rainbow.

The band is made up of Andy, PJ, J, Ken adn Blau. They might not be a household name in the Western world but they’re definitely doing a great job at what they do. Their sound echoes with raw energy that’s easy to like especially if you have a penchant for rap rock. You can listen for yourself and grab the download if you like it.