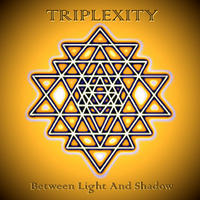 Triplexity’s Between Light and Shadow is a nujazz album fused with different genres to offer a bit of something to everybody. It features 12 tracks of different kinds of lounge music ranging from oriental to breakbeat.

Triplexity is the combination of the words ‘Triplex’ and ‘Complexity’, mainly because it is made up of three musicians from different countries and culture, giving their music a touch of each of their personalities.

A really nice fact about Triplexity is that these three musicians have not met face to face, and yet they create such music together. They are composed of the artists Nikila, SaReGaMa, and Hamelin Berengnier who all met in the Internet, and came to work together despite their distances.

Triplexity’s exact musical genre might be a bit hard to explain. One track can be pure nujazz, and the next track would have electronic touches. There are also tracks which have strong oriental influences, and others which have broken beats. Nevertheless, you would surely be surprised to hear such music coming from these musical artists who have never met each other in person.

‘Between Light and Shadow’ would surely defy your definition for nujazz. Most tracks are instrumental, with the exception of some like Between Light and Shadow. This groovy nujazz/triphop lounge song features the vocals of Moving Sand, and the music of Triplexity, making this album a true global collaboration.

Tripelexity’s Between Light and Shadow is a true proof that music certainly is the universal language.