The Man in Washington: Sea Green 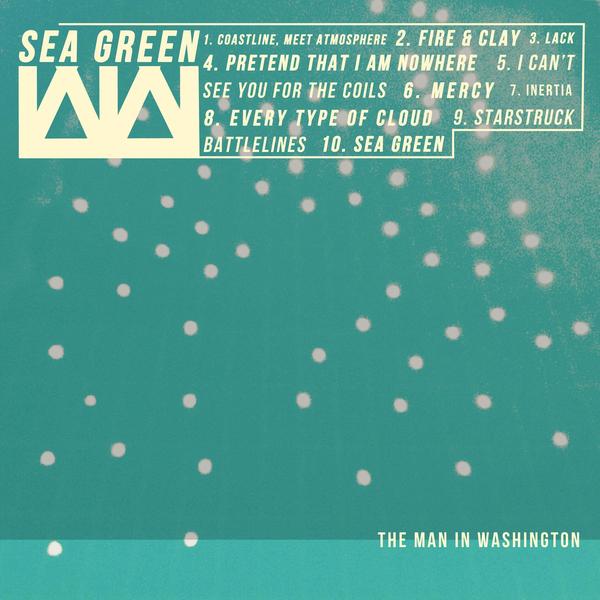 The Man in Washington is a solo project by Chris Yeoh from Somerset, England, and is based around folk and soft-rock sensibilities. For his debut, Chris brings us a 10-track concept album telling the true story of Calvin Greene, an acquaintance of his who “lost his love and lost his mind and so went to sea alone to find God”.

Chris’ music is an inspiring blend of storytelling, philosophical reflection and modest folk rock, and the opener, Coastline Meets Atmosphere, stands as a strong introduction to his style. The track features Chris singing from the perspective of Calvin, and putting forth his train of thought as he sails alone in the sea.

As the album progresses, it becomes clearer that Chris is more of a poet than he is a musician. The light acoustic harmonies and mellow electric guitars serve mainly as a spotlight for his lyrical complexity, and it isn’t hard to find a quotable line or two in each song. On the very Bon Iver-esque Fire and Clay, he discusses morality as he sings “I was born in arrogance, he was born to pray/ I tried my hands at subservience, but my knees don’t bend that way”, while on Pretend That I Am Nowhere, he gives us a sweet love story between two people caught up and tired of the monotony of their lives.

The Man in Washington will be of immense pleasure to fans of folk rock music, and especially those who search for thought-provoking lyricism.

Track List
1. Coastline Meets Atmosphere
2. Fire and Clay
3. Lack
4. Pretend That I Am Nowhere
5. I Can’t See You For The Coils
6. Mercy
7. Inertia
8. Every Type of Cloud
9. Starstruck Battlelines
10. Sea Green