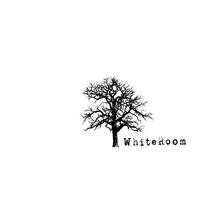 Ever heard of neoromantic pop? I must confess that I haven’t, that is, until I came across WhiteRoom’s self-titled album. “WhiteRoom” is fast-paced, mournful, and thoughtful—all in equal measures. The sound is quite unique. “If Radiohead’s unborn bastard children had survived, been raised on a steady diet of Massive Attack, Pink Floyd, The Beatles, and Duke Ellington, you might have managed to engineer a group like WhiteRoom,” says one music review. I couldn’t agree more.

“WhiteRoom” is very listenable, even though the band’s musical influences are on the eclectic side. By meshing trip hop, trad jazz, electronica and indie-rock, WhiteRoom has produced what they call “neoromantic pop”. Some tracks, like, Interlude 1, 2 and 3, can pass off as atmosphere music. “Enma’s Bridge”, “Barrio Chino”, and “Ordinary Day” are slow acoustic and piano combinationss, perfect for just relaxing on a lazy afternoon. “At Odds” and “Simple Mood” has that jazz feel. My favorite though has got to be “Papillion”. It’s an energetic track which makes use of Indian string instruments, crisp drums, and a swinging bass line.

WhiteRoom hails from Montreal, Canada, and is composed of Alex Dray and Eddy Silva. This is what they say about their band:

In a rare show of creative unification, the group draws on everything and anything within reach, breathing musical life into laptop screens and synthesizers as easily as into acoustic guitars and upright pianos. With a firm grasp of classic song-writing at its base, each song is infused with a quiet sense of dream-like storytelling.