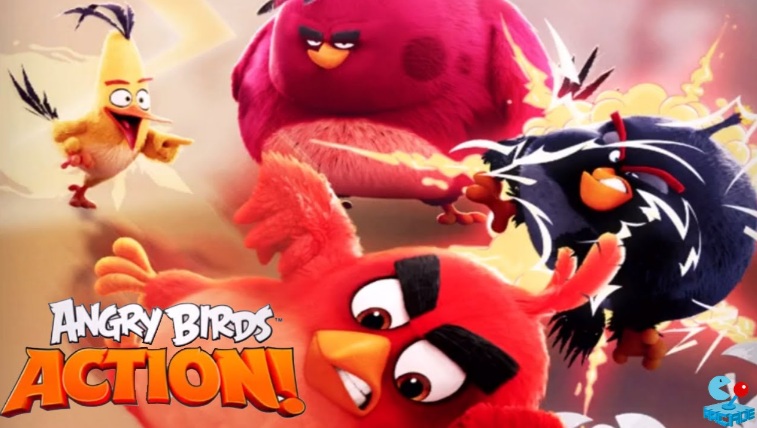 Angry Birds Action from Rovio Entertainment brings us another installment of this popular franchise, and it’s another solid game. The game is a cross between billiards and pinballs where you fling the bird around walls and obstacles to generate as much damage as possible while collecting stuff, but there’s more.

To fling the bird, drag one of your fingers behind the bird and aim in the general area where you want it to go and release. A line will show you where the trajectory is and whether the bird will ricochet. It sounds easy enough and you’ll get the hang of it, but it’s another thing to master it.

Every level gives you plenty of stuff to do. The early levels are easy, but the latter stages have lots of walls that need several hits, and there are wind machines that make it more challenging. The key here is timing especially when it comes to those wind machines, but you’ve got lots of different birds to help you out.

Red is the all-purpose type, and yellow lets you go through a lot of obstacles, and the black bird is great for destroying a lot of obstacles. Furthermore there are a lot of power ups available such as going through barriers, freezing various spots and so on. The levels have unique objectives and have several segments. Some levels may require you to blow things up, while others require gathering baby birds and so on. If you love Angry Birds, you’re going to enjoy this game.