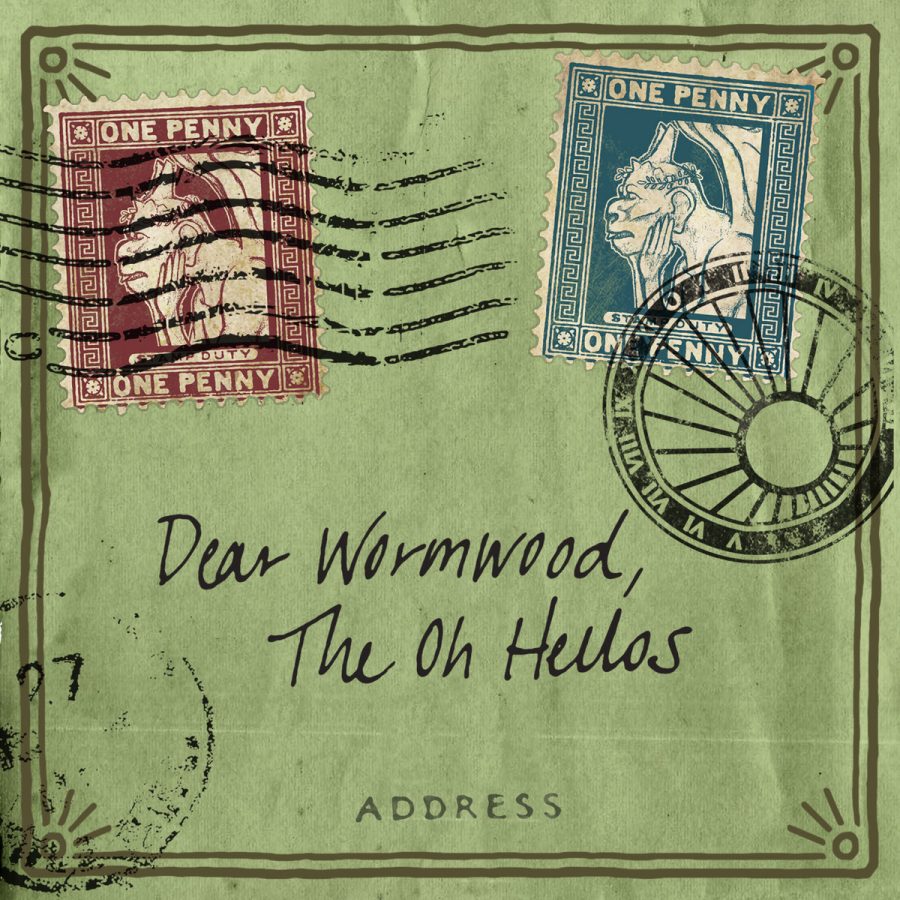 Texan siblings Maggie and Tyler Heath have been up to a lot over the years ever since the birth of The Oh Hellos and the release of their self-produced and self-titled debut EP, The Oh Hellos back in late 2011. Since then, they’ve released their first full length album, Through the Deep, Dark Valley, they’ve assembled a larger band, they’ve toured, they’ve made merchandise, and they’ve been featured on NPR Music and Audiotree Live. And it seems like this is just the beginning.

Back in October of 2015, The 10-person band released their second full length album: Dear Wormwood. If you’ve been following The Oh Hellos, you will not be disappointed.

Dear Wormwood can be viewed as a sequel to their last full length album. Unlike Through The Deep, Dark valley, which focuses more on a protagonist’s past, this album looks at the protagonist’s future. Each song is meant to be a letter to a single antagonist. As a whole, the album looks at the abusive relationship between the two characters. This is apparent in the lyricism of the tracks. In Bitter Water, a powerful track with very interactive string instruments, forward moving percussion and familiar vocals, the protagonist writes a thesis statement of sorts: “I know I shouldn’t love you but I do.”

Although this band is capable of an enormous sound, they still have those soft and gentle tracks. There Beneath, is one of their intimate tracks with beautiful background vocals lines, and soothing acoustic guitar and banjo chords. The band keeps the energy contained and focused in this track. They still have the power to give you chills if you listen to the right track in the right circumstances.

The Oh Hellos have made a great name for themselves in the Folk scene. Dear Wormwood is evidence of such. Over the years, they’ve kept the same beautiful style: Putting heavy emotions into folk sounds that’ll move your heart as well as your body. If you’re not already following them, now’s a great time to start. Download the free sampler today and be sure to check out the full album as well as their other works.