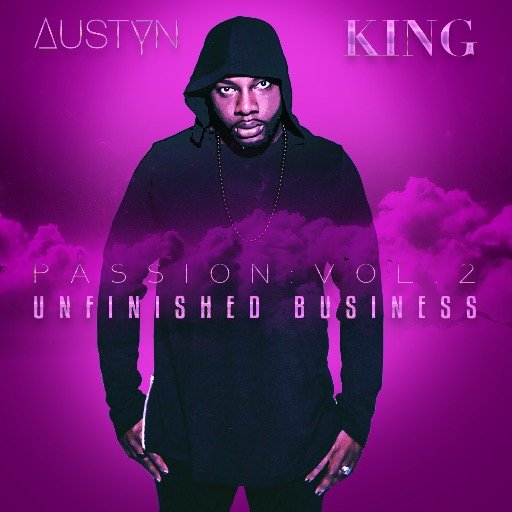 “Rest in power to the greatest that ever did music – Prince, thank you.” R&B singer-songwriter Austyn King says as the music stops at the end of Passion, Vol. 2, his second full length album. The record, apart from being a stage for Austyn’s impressive talent, is a modest tribute to His Purple Majesty and his priceless influence on music.

Though the album begins unpredictably with Austyn talking about his struggles on the opener SoPassionate, the album immediately gets into the raunchiness with Goodmorning – an infectious coffee-themed bedroom-jam where Austyn, out of many things, quotes Janet Jackson, compares himself to a chocolate chip frappuccino and declares that he’ll grind his lover “like a coffee bean”. The track is fun and carefree, and the album ahead follows the same tone.

It’s greatly entertaining to see Austyn’s bold flamboyance as he touches upon every shade in the spectrum of male sexuality. While he may have been lecherously playful on Goodmorning, he plays the romantic on LoveAndRomance and BlackLightLove, whereas S3XY sees him cheesily asserting his pleasuring abilities. Whatever he does, there is always a strong Prince-ism lingering around, mostly subtle but sometimes upfront like on DoThemThangs where Austyn tries his hand at the icon’s famous falsetto singing style.

The album also provides us with an adequate variety apart from the retro pop tunes. NothingAtAll employees a danceable Beyonce-esque groove, while fans of Usher would immediately strike a chord with UMeAndTheMoon. ItAintAParty, on the other hand, gives us a hazy, modern party anthem.