Count To Four: Between Two Cities 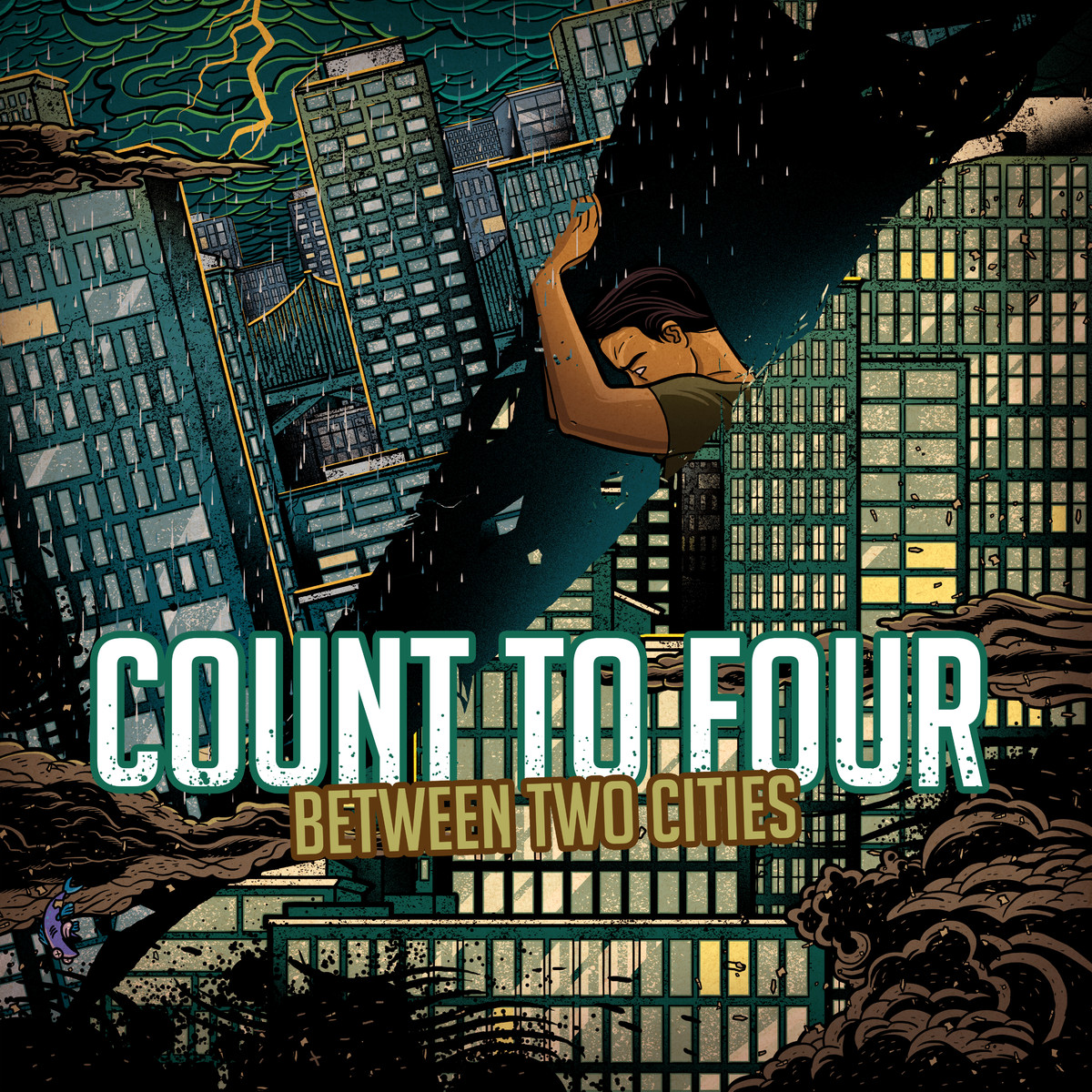 “Well I’ve been waiting a year/ To tell you how I’ve been feeling/ And I feel it’s a waste of time/ To be waiting a year”, Count to Four begin their album, Between Two Cities. The words are sung with a conviction and angst that echoes with familiarity, making us recall our own days of adolescence and the trials that it posed. Such moments are common occurrences on Between Two Cities – a progressive pop-punk record about the struggles of growing up.

The album starts off with its best tracks. The heavy, gushing energy and melody of I Hope Not is a declaration that it is impossible to listen to Count To Four without head-banging whereas the following tune, Lavender Town is an album highlight, giving us the most infectious opening guitar riff of the record. The voice of the band is one that recognizes that things have gone wrong and wishes to make amends through introspection. “Well I’m a dick/ I gave you hell/ I’m finally starting to/ Assimilate myself” Mike Hayden sings on Lavender Town. The hooks are catchy and the drum-fills, loud and fast.

The bass takes the spotlight on the scorching You Got Your Woody Allen In My Gerard Butler and the sound gets a tad darker on Tear It Apart.

The album’s closer Bottles and Books, however, comes as one of its greatest high points. The band slightly steers away from the style of the previous tracks and creates a song laden with tempo changes and slow, heavy alternative-styled guitar chords.