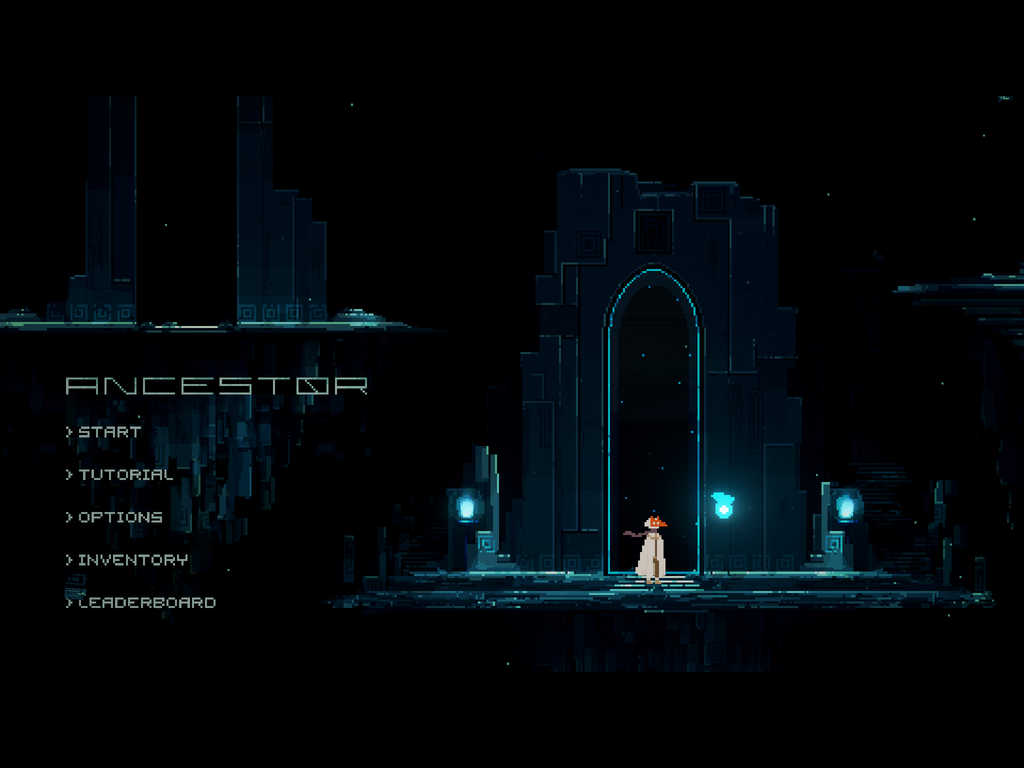 Pixelated games ae very much in, and Ancestor from Super Mega Quest is one of the better sidescrollers. While basically an action runner, there are puzzle elements that require strategizing. Adding to the challenge is the number of enemies around you, but you can grab currency to boost your powers.

Your character ventures forth, you’ll come across various puzzles, which really aren’t too difficult. The longer you play the more puzzles appear, but there are basically just four types so you’ll get the hang of it eventually. For instance, one puzzle requires you to turn some hieroglyphics to match certain symbols. To do this, you just tap the glyphs.

Other puzzles are more like connect the dots, and others require you to create a trampoline to get out of a trap. This isn’t as hard as it sounds because the game has a tutorial that explains the basic mechanics. The learning curve is easy, and while it’s like an endless runner, nowhere near as frustrating.

The areas are procedurally generated so each time you play it looks different, and this helps keep Ancestor from being monotonous. Apart from the puzzles, there is a lot of action. It helps the character is always moving forward, but you have to be careful in certain situations so pillars don’t fall on you.

Ancestor does a nice job of combining puzzle and action, and as far retro style games go, it’s one that you’ll want to try out. There’s an IAP to get more power orbs, but you don’t need to pay to enjoy the game.