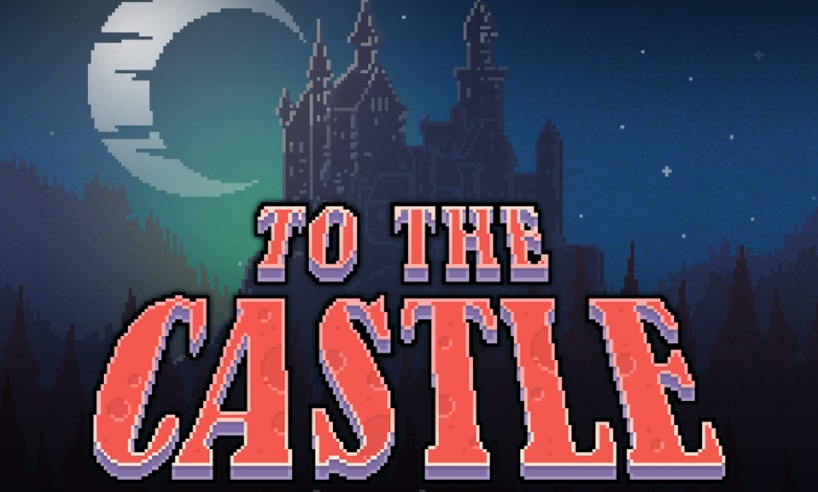 To the Castle, the handiwork of developer Raul Garcia Lopez, is another entry into the 2d sidescroller platform genre. While the game does not reinvent the wheel, this does not change the fact that it is still a lot of fun. This is one of those games that will have you playing far longer than you may have planned

To the Castle has you controlling Sir Petrionius, a knight who explores dungeons, fights monsters and looks for the exit, all the while pocketing whatever gold is available. This is par for the course in retro platformer games, but the difference lies in the controls.

Unlike other platform games where you handle the movement, here the night is always on the move. He is always running and the only thing you have control of is his jump or attack. So basically you just let sir Petrionius run and decide when it is appropriate for him to jump or attack.

These limitations do not make the game any less enjoyable however. The level construction is good and the pace is quick, exactly what you would expect from an arcade style game. The keys to success are good reflexes and timing as you have to leap in the air and go after the monsters.

You will also put that leaping ability to use when you cross the pits and other enemies. There are plenty of levels to go through so To the Castle should last a while. And if you cannot get enough, it has an editor so you can make your own levels.