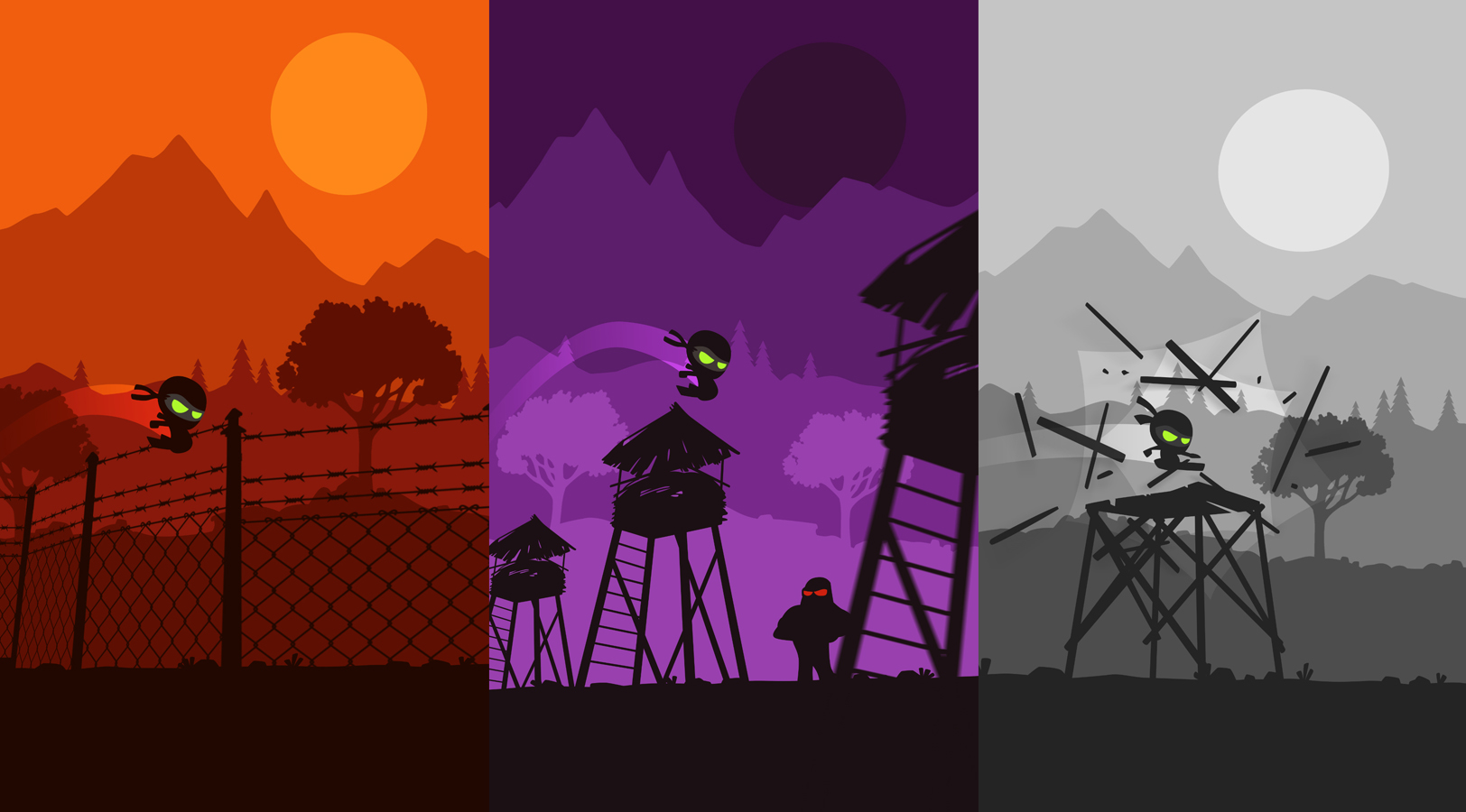 Breakout Ninja by Tuomas Erikoinen is one of the many retro arcade mobile games today, but that doesn’t mean it’s no good. In fact it’s one of the better ones as it is fun, easy to get into and offers lots of replay value. Breakout Ninja is not a complex game, but if you’re a casual gamer you’ll love its simplicity.

Your character is a ninja who has to go around obstacles by running and leaping. There are circles which tell you when to tap the screen. When you get into one of the circles, tap the screen to kick, leap or land. The catch is you must not tap the screen unless you hit one of those circles, otherwise your run stops.

You’ll notice there are circles within circles, and tapping these gives you a higher score. Just like with other mobile arcade titles the goal here is to reach the highest score possible. As you advance through Breakout Ninja, your character’s skill level goes up too, adding another incentive to keep going.

The game starts slowly, giving you the opportunity to get used to the mechanics. It’s easy to get into since this is one-touch. However, it’s another thing to pass the obstacles and time your leaps with the circles. Even so, you’ll have a lot of fun playing the game as it has the right level of challenge without causing you to pull hairs. Ultimately, Breakout Ninja is a casual game designed to casual gamers. That’s the goal and it succeeds.