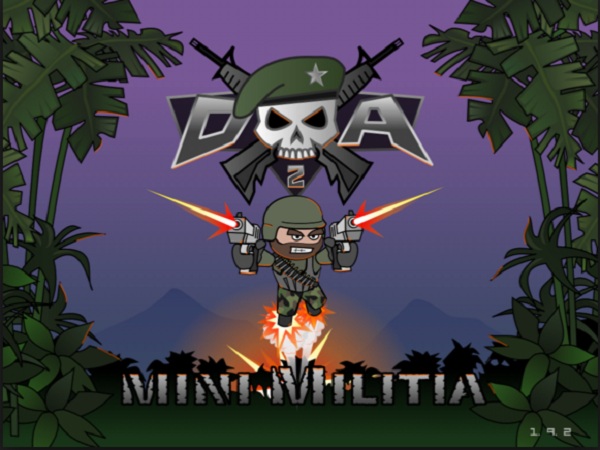 Doodle Army 2: Mini Militia from Chad Towns is the sequel to the original Doodle Army sidescrolling action game. This time around you get to use more weapons to destroy the humans and robots standing in your way, but this is still essentially an intense multiplayer game that gives you the chance to show everyone’s who’s boss.

If this is your first time to play, go to Training Mode as it’s basically a single player mode where you can hone your skills. It’s a dual stick shooter where you and up to five others can battle online via Game Center or engage in local multiplayer via Wi-Fi or Bluetooth.

Once you’re done on Training Mode, go over to Survival Mode and learn how to kill robots before moving on to multiplayer mode. The game is vast and you’ll be exploring tunnels, caves and other areas, and the controls allow you to zoom in and view as much of the game as possible.

The controls are responsive, but unlike in the original Doodle Army you cannot collect weapons automatically. If you come across a weapon, controls will appear, and you need to tap it to pick the weapon up. You’re allowed to carry up to two weapons but you do have grenades so you won’t be lacking in firepower here.

If you already have two weapons, you need to drop one of them if you’re going to pick up another one, adding another element to the challenge. Bottom line: Doodle Army 2: Mini Militia is a fun game and takes it up another notch.