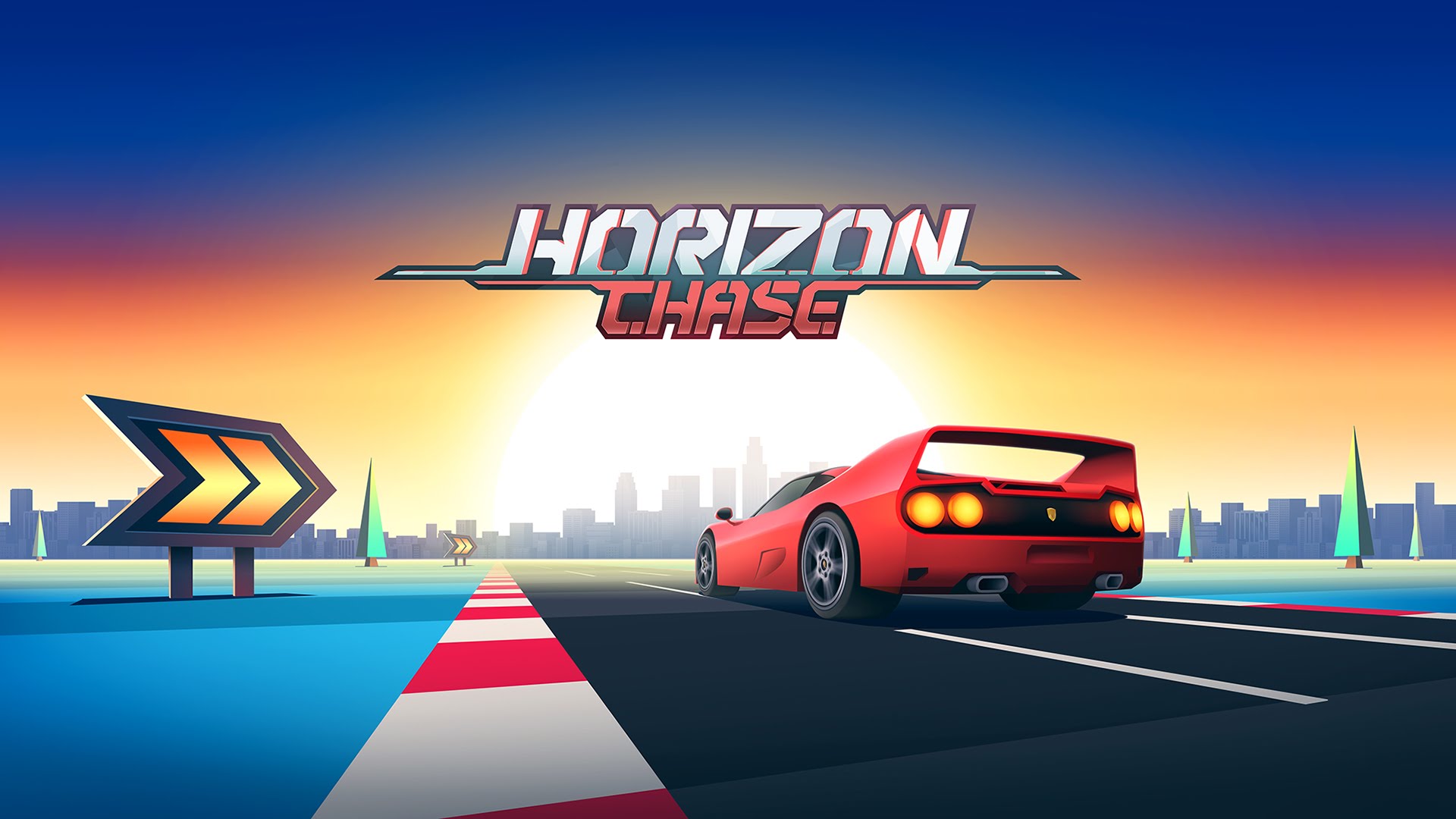 Horizon Chase takes the best elements of classic arcade racing and combines it with a cool soundtrack, superb graphics and lots of content. Developed by Aquiris Game Studio, it has got the feel of the best racing games from the 80s and early 90s but well suited for your smartphone or tablet.

The controls include left and right steering, nitro boost and gas pedal. There is no brake so you need to lift your finger off the accelerator to slow down. You can also change the control configuration but most players will probably like the default setup fine.

Racing is straightforward, just try to avoid hitting the other cars or the wall. This is standard for arcade games and it works well here.

The game takes place in several countries, with each having plenty of tracks. You have to drive well to advance, and winning a race gets you a new car. Race particularly well and you earn a medal and another new car. There are bonus tracks as well where you can get upgrades.

The tracks vary, with some curvy and others more of a straight. This means you have to pay attention to the type of car you will use on which track and fuel management becomes important on long circuits.

The soundtrack and graphics are superb. It has that retro style reminiscent of arcade games, but it is high resolution, colorful and crisp. By combining the new and old, Horizon Chase takes the typical mobile retro game to another level.