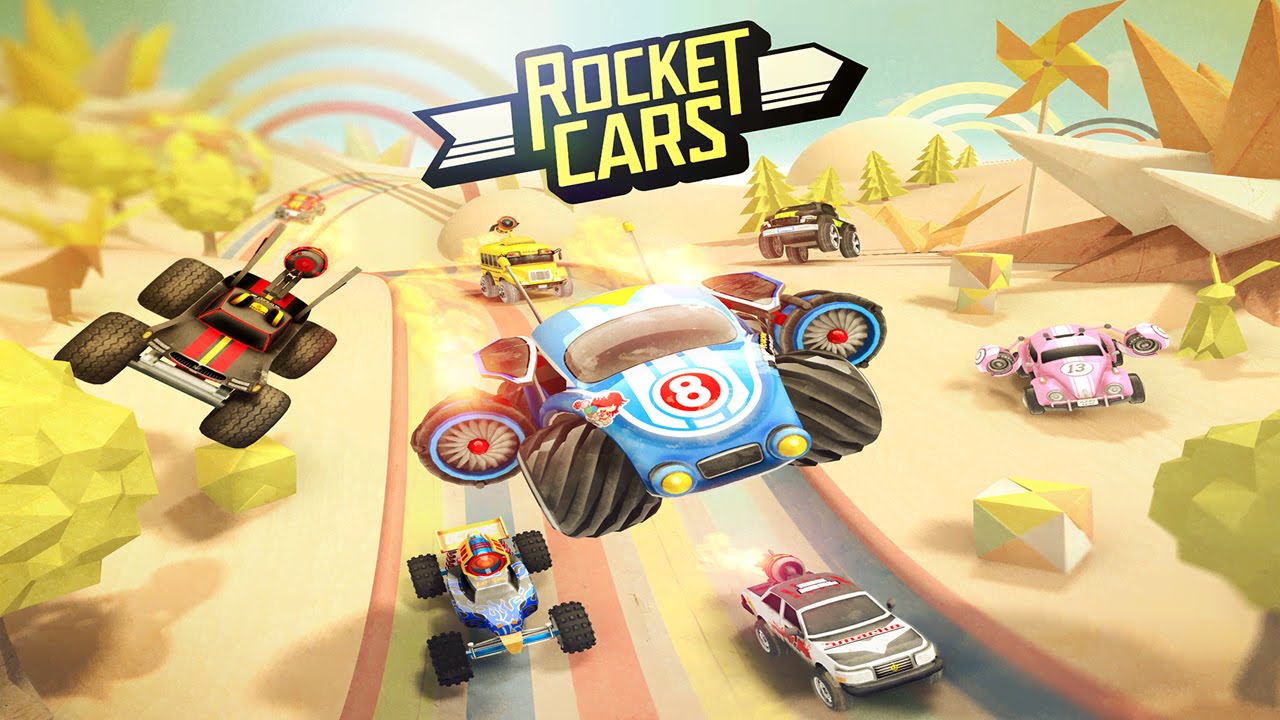 A lot of racing games for the iOS are of the realistic type, but Rocket Cars from Illusion Labs is not one of them. It is a fun stunt racer with an interesting concept and colorful graphics, making it a game that anyone can pick up. Its overall look resembles playthings, but it still poses a challenge.

Not only are the terrains varied, but the conditions for winning a race varies as well. Some require you to just get to the finish line first, but others stipulate you have to avoid being in last place or beat a time limit. As you drive, keep an eye on the nitro canisters and drive over it as it will pump up your gauge.

You swipe down to speed up while your thumb is used to go right or left. You can also use the swipe action to jump on ramps, fly high and do some cool tricks. The controls also have the option to accelerate your vehicle automatically so you just concentrate on turning left or right.

The courses are also littered with weapons which you can use against other cars. Simply drive over them and you have it: one of the cooler weapons is the rocket which will chase the car in front. Rocket Cars also has coins which you use to get a new car or upgrade your ride with new partts.

If you’re into racing games, give Rocket Cars a try. It is easy to get into and the visuals will really get you into the flow. Even if it doesn’t have multiplayer, there’s enough here to keep you interested.