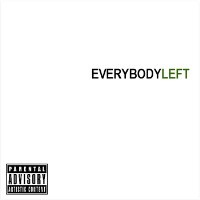 If you miss the good old days of the 90s when you put on the radio and hear 311 or the Red Hot Chili Peppers creating some funky tracks; you’ll probably enjoy listening to Everybody Left.

Describing their sound as post ska, reluctant reggae and Funk-Hop; the band sure knows how to throw down catchy beats that don’t require much thought.

Released back in June 2010, this self titled debut serves as a band introduction of sorts. They were formed out of  frustration from the various members with their respective groups at that time. According to the group, they were “4 guys joined forces to create the music that they wanted to make. Not wanting to conform to any set genre or sound, they just wanted to play music and record a CD. Before the CD dies off completly (sic).”

The entire album is self-produced and was recorded in Off The Goose Studio, the band’s own. What resulted from this is a fusion of reggae pop and funk with hints of hip hop. Even though they shun the comparison, their sound does echo off Sublime quite a bit. Tracks like Rock Slow and Treble in Paradise are upbeat and the type of tracks you can imagine playing in those 90s videos of guys driving around the neighborhood in their top down cars.

Pretty much, the entire 7-track compilation echoes with this sentiment. It’s made to be played in the background to a laid-back, lazy day. If you are looking to trigger some 90s reggae funk nostalgia, you should take a listen to this one. It’s available as a free download over at BandCamp.