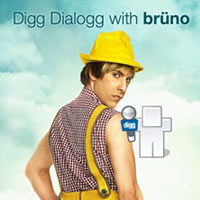 StepMania – turn your computer into a dance machine

Remember those Japanese dance games way back at the beginning of all rhythm games? If you badly want to dance once again without going back to PlayStation, XBox, or going to video game arcades, then here’s the perfect game for you – StepMania!
StepMania is a free dance game for Windows, Mac OSX and Linux. It is also free & open-source, don’t have to worry about paying for it – just dance your night away.

StepMania is heavily inspired by Konami’s Dance Dance Revolution, a dance game for the PlayStation some years ago. Although it can support dance pads, players can also practice their fingers and hands using their own keyboards, other controllers, and other USB adapters.

StepMania is an open source and cross-platform rhythm video game and engine. It was originally developed as a simulator of Konami’s popular arcade game series Dance Dance Revolution, and has since evolved into an extensible rhythm game engine capable of supporting a wide variety of rhythm-based game types. Released under the MIT License, StepMania is free software.
Video game series In the Groove and Pump It Up Pro/Jump use StepMania as their game engine. StepMania was included in a video game exhibition at New York’s Museum of the Moving Image in 2005.

from StepMania in Wikipedia

Users can also use the built-in step editor to put their favorite dance steps to their own songs, which explains why StepMania has a number of songs with their respective steps available for download.

However, as stated in their Wiki article:

StepMania developers conducted StepMix contest for step builders to create stepcharts/stepfiles that can be played using StepMania. StepMix 1,2,3, and 4 were run successfully. Participants need to have a song to be used in the stepchart/stepfile. The song must be under a compatible license for distribution or be authorized for use in StepMix 4, or the entry is automatically disqualified. Additionally, if the graphics used in the entry are found to have been copied from another artist and used without their authorization (as happened once in StepMix 2), the entry may be disqualified.

You can always use your favorite Creative Commons song with StepMania, and experience music in a different, groovier way!