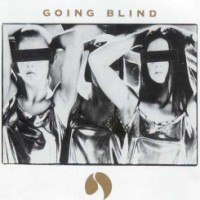 An almost guaranteed Top 10 indie pop rock band. Thirteen years after they parted ways, The Sway, reunites to give this whole music thing one last swig. And from the looks of things, they have succeeded. They went on hiatus again for two years after this mini reunion and as of April 2010, they were back in the studio penning tracks for a new album.

For the meantime, the band definitely left something great behind for their fans to enjoy, Going Blind. This is actually a 3 song EP that would make even current so-called “indie pop rock bands ” a run for their money. Their indie rock sound is definitely worthy of praise, not to mention a slot in the iPod. If you read their almost 5 page bio on their site, you’ll realize that the band has had a colorful history. Here’s a summarized version of how the group started.

Basically, the band started back in 1989 when Paul and Sean met. They called themselves, “White Hot Daze” until Jason left and the rest of the crew switched their name to “Heaven’s Echo.” Adding new member, James, in the lineup, the group went on to record a demo and play tons of 10/10 shows. Pretty soon, they switched to a proper label band and quit their day jobs. Despite all the success, the group broke up at 1995 after playing a very successful show at the BBC Live Music Event.  Fast forward to 13 years, they entered the studio to record tracks done by David. Of course, they went on hiatus yet again and now, two years after the last hiatus, they are recording a new album.

The band’s Going Blind EP is definitely worth a listen. The title track alone reminds you of a friendly indie rock track you’ll hear on the radio almost everyday. There’s no doubt that the catchy melody and the simple composition and lyrics is a plus factor.

Well, just by listening to these three songs, it seems that listeners can expect great things in their upcoming album.