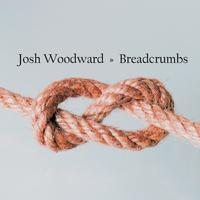 Josh is definitely one of our favorite Creative Commons artists. We’ve written about his music twice already featuring Only Whispering and The Simple Life. Now Josh brings us his latest album, Breadcrumbs.
Filled with 11 diverse songs ranging from fast to slow, mellow to upbeat, there’s really something for everybody. Pair that up with his witty lyrics, relaxing vocals and catchy melodies, Breadcrumbs would be easy to be stuck in your head – and your media player.

Josh made Breadcrumbs, his 8th CD, in one and a half year, quite an epic amount of time, he says. It features 3 brand new songs, and the remaining 8 were demo songs which he rerecorded. Like always, it’s a nice album to listen to when you’re just lazing around, or you want to relax your mind while you’re working.

This CD was done a little differently than the ones before it. I used to go on songwriting binges, writing and recording songs in rapid fire spurts, then spending months touching them up for eventual release. I made a conscious decision this time around to focus on one song at a time, taking around a month to polish it and get it right. One of the odd side effects of this is that I didn’t end up with any songs for the reject bin this time around. (Or, more to the point, things got dumped before the demos ended up in your ears)

You’ll recognize the eight songs that were released as demos, and there are three more songs that haven’t yet been heard. By a complete fluke, the final song order very closely reflects the order these were written in, with the three new songs right at the end. There are only 11 songs, but it’s actually the longest CD I’ve released since “Crawford Street”.

A number of the songs had invasive surgery since their demo versions. “Swansong” has a new first verse and chorus arrangement. “Private Hurricane” has new instrumentation, led by a Wurly now. “Grey Snow” slimmed down and went on a diet.

As always, without touring or major label support, I rely on you to get the word out! Please please please, if you enjoy what you hear, I’d love it if you’d take the time to send a copy to some of your friends, or to share it your blog, Facebook, Twitter, Myspace, shaved into the back of your head, anything. Thanks a million. 🙂

One of my favorite songs would be Swansong – it’s very easy to sing along and bob your head to. It’s like a pick-me-up song when you’re having that bad day. Hey, hey, I’m okay!

Breadcrumbs has mixed genres and melodies, and you won’t be stuck listening to only one kind of song. There’s that dramatic, upbeat, energetic, hurtful kind of music that is sure to appeal to just about anybody – and everybody.

Josh also dropped the Share Alike license for his albums. All his songs and albums from now on are under the Creative Commons Attribution license, so don’t hesitate to share them to your friends, family and even your pets. You can use it for just about anything – just as long as you give him back the credit.

We know we do.

This work is licensed under a Creative Commons Attribution 3.0 United States License. and is available as a free download from Jamendo.com.