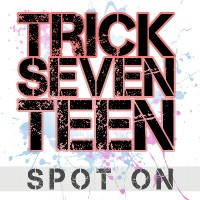 Spot on punk pop rock sound from four German boys. It seems that Trick Seventeen were “spot on” in delivering their power pop/punk rock filled album.

Spot On is the band’s first album and from the looks of things, they are ready to release more. The release comes with 7 upbeat tracks that embody typical punk pop rock with a very slight tinge of emo somewhere in there. I guess, you can say they are a good cross between their favorite bands Blink 182 and Boys Like Girls.

Currently, the group is still unsigned but they are hoping that will change pretty soon. They band formed back in 2006 and have since done various home recordings to foster their passion for punk pop rock. Although their music won’t cause a revolution in the punk power pop genre, they do quite well. The members admit to having a high standard when it comes to the quality of music that they play and it does show when listening to the album.

Some of the more interesting tracks on Spot On include opening track, Dreams and Reality. With its rolling drums, sing-along chorus and melody, the song is pretty easy to like.  Get Up! is also similar in tempo and will definitely send you tapping your feet endlessly or bobbing your head up and down. It serves as a call to arms of sorts.

The band shares that they create music that deals with issues and subject matter that young people like them deal with everyday. They add, “The songs are about love, party, memories, every day problems and things that are beautiful and things that are rather ugly.” (Culture Load)

Despite the seemingly typical sound that Trick Seventeen creates, they are pretty good at what they do. They know how to cast the hooks and make sure that listeners bite it; hook, line and sinker. It’s not exactly an excellent album, but it is a pretty good pop punk album that listeners will definitely enjoy.