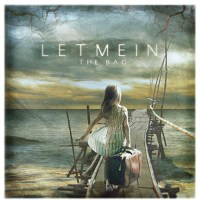 Punk rock from “non-punks.” Although Letmein might not be true blue punks when they were growing up, they can sure create some powerful punk pop tunes without any problems. Letmein is a five piece band from Brescia, Italy.

The group has a knack for creating punchy, poppy punk rock, even though they admit that they dislike listening to “radio friendly pop.” Ironically, much of the tracks they have would feel right at home in any top 40 pop punk rock list.

Letmein is composed of Nicola on vocals, Sid and Stephen on guitars, Tema on bass, and Teo on drums. Looking up to bands like Fugazi and Italian hardcore rockers, Negazione, the group attempts to live by their idol’s “moral lessons. ”

The Bag is Letmein’s first album release. It comes with 12 tracks; majority of which are upbeat and catchy enough to simply play just once. The album’s recording quality is pretty clean and there are some really good tracks on the compilation. Despite their love for parties, the band usually tackles daily life matters like hope and sadness in their songs.

One of the more standout cuts in the entire album is opener, BLS – Basic Life Support. It plays like a familiar punk rock tune on the radio; making it easily likable and familiar. Although some would look at this overly familiar/typical beat and arrangement, “boring,” the group pulls it off nicely. Their tracks are not exactly ground breaking but they do show a little bit of themselves on the tracks; making them a fun, punk rock band to listen to.