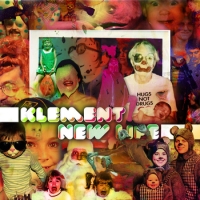 French producer and singer Klement compiles 15 tracks in his portfolio – some of unreleased and some previously released by different netlabels between 2003 and 2009 – to celebrate his music. This album is under Ego Twister netlabel.

Klement’s sound is a fusion of electronica, pop, and new wave. His beat sounds promising, but the mixing leaves a lot to be desired. I listened to the tracks once, and promised myself to not do it again. It was sort of frustrating for me because each track starts okay but then the notes get really messy, the beat lost and meaningless. Each song loses its way before half a minute is over. The mixing could definitely be improved, too.

It’s a shame, really. If you are given 15 tracks released at various times for the past six or so years, you would think that something’s in store for you. It’s not always the case.

The only reason that I’d recommend this album to you is if you’re a huge fan of electronica album compilations. Oh, I would recommend this for another reason: if you’re a solid fan of Klement. Otherwise, I would say that you listen to the tracks above, and see if you would like to hear more.

“New Life” is gathering 15 tracks from french producer and singer Klement, previously released on various labels between 2003 and 2009, along with yet unreleased titles. Get his first eponym EP, and the tracks from his label compilation Contre coeur, and you will obtain a real anthology, the complete and essential works from Klement!

Everyone will find something in his retro futuristic anthems, at the same time witful and restless, or through one of his splendid cover track (the unexpected “The Stomp” from Old Dirty Bastard, or his own federative rendition of The Cure “Boys don’t Cry”).

Against the trends and clichés of electro, the musical choices of Klement are strong. The use of a radical minimalism (sharp rythms, a few cutting edge synths, an inspired singing) leave us alone with the essence of his songs : crystal clear and heady melodies (“Derby”, “Into your arms”). The kind you remember long after you leaved the dancefloor.