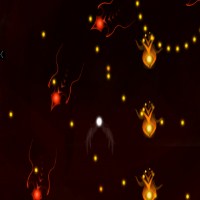 Solace might seem like another shooter game out there, and in many ways it is a basic shooter game. You just have to kill and take down the enemy so you can move on to the next level. However, instead of providing you with regular levels, it allows you to traverse in the 5 stages of grief.

The game was developed by students in Digipen and has become considered as one of the top entries in PAX10. Filled with colorful graphics, it is a beautifully rendered game with a nice gameplay. In the game, you go through the different stages of grief, as mentioned; namely denial, anger, bargaining, depression and acceptance. As you play the game and move on to the different levels, the game environment changes as well. Players will be bombarded by red enemies traversing around. For depression, you get the typical black and white environments.

Moreover, it’s not just the surrounding colors that change, it’s also the music. In the Anger stage, the music is fast paced guitars denoting strong emotion, while depression is accompanied by a slower sound. The type of enemy you fight is also shaped by the level that you are in. When you’re in the bargaining stage and near your goal, for instance, you will be fighting a looming enemy. It shows how difficult it can be to overcome grief no matter how much you bargain.

Overall, the game is actually quite simple to play. It’s very entertaining albeit, a bit short. Pretty much, you can finish the game in 15-20 minutes tops. With its artsy graphics and fun gameplay, it’s easy to play and love this game.