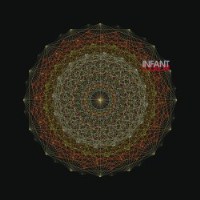 This self titled debut EP from Infant Color reverberates with an 80s sound accompanied with tons of electronica and pop. The EP was originally released under Beat is Murder‘s free music section.

Infant Color EP gathers together six tracks that would transport you back in time, to when Morrissey was big and Duran Duran was among your top favorite bands. Although it’s not all 80s nostalgia, the compilation does echo this sentiment quite a bit.

The record opens with the synth infused, Arms and Bears. The deep and expressive vocal work adds a layer of intensity to the track. In many ways, the song is a sort of love song with tons of electronic beats and sounds. It’s definitely a must-listen track for this record.

Meanwhile, it’s followed by the haunting cut, Failure. This is a personal favorite for this album. There’s a techno and trippy vibe throughout the song which makes it quite intriguing. It’s one of those tracks that makes me feel as if it’s accompanied by an 80s inspired video shoot ala A-ha.

There’s no denying where Infant Color takes quite a few of his influences from. There’s a lot of 80s synth, post punk and new wave sound thrown around. It’s matched by the Texas based singer’s low register vocals. On the one hand, this makes the EP quite interesting while on the other, it makes the tracks rather icy and cold.

Nevertheless, it’s a cool album worth looking into. Take a listen and decide for yourself. It is available for free download under a creative commons license. Find it here on Frostclick or head over to Archive.org. Worth checking out if you feel in the mood for some flashback from the past.